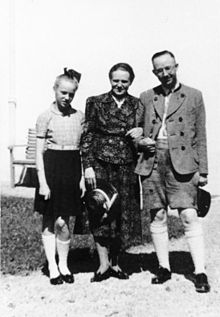 This blog is not meant to accuse or judge but merely to portray the warped ideology of the Nazi’s and the influence they still have nowadays and how indoctrinated their ideology still is in some of their descendants.

Every time I see a documentary about Hitler and his henchmen the fact doesn’t escape me that some of Hitler’s aides who are still alive are still in awe of the man even after all that is known about him and his regime and all those who were close to them.

Therefore it doesn’t surprise me that Gudrun Burwitz still holds her Father Heinrich Himmler in high esteem since it was her dad after all. However this doesn’t mean we have to accept her point of view. It is well known her Father was an evil and brutal sadistic man.

Many children of Nazi monsters – Rudolf Hess, Hans Frank, the brutal governor of Poland, Martin Bormann – turned their backs on their fathers and their sins when adulthood made them aware of their crimes. But Gudrun is different. 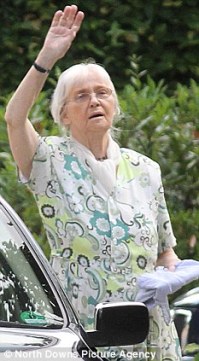 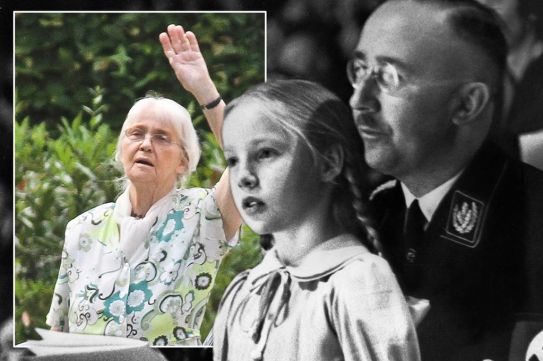 She has preserved and nurtured the memory of her father, believing him to be a good and worthy man.

Love may be blind but it appears that hate is blinder.

She was 14 when he died and, far from disowning her father, she remained as fiercely devoted to him as he was to Hitler, keeping a scrapbook of every newspaper picture she could find of him

Gudrun Margarete Elfriede Emma Anna Burwitz (born 8 August 1929) is the daughter of Heinrich Himmler, Reichsführer-SS, leading member of the Nazi Party (NSDAP), and chief architect of the Final Solution. After the allied victory, she was arrested and made to testify at the Nuremberg trials. 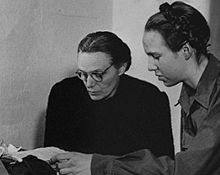 Having never renounced Nazi ideology, she has consistently fought to defend her father’s reputation, and has become closely involved in Neo-Nazi groups that give support to ex-members of the SS. She married Wulf Dieter Burwitz, an official of the far-right NPD. 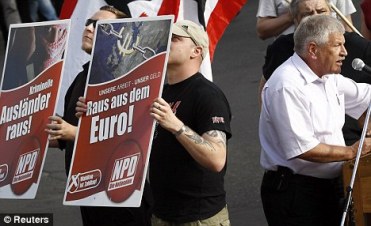 Gudrun Himmler is the daughter of Heinrich Himmler, Reichsführer-SS, Chief of Police and Security forces, and Reich Minister of the Interior in Nazi Germany. She was the only child of Himmler and his wife Margarete Siegroth, née Boden, though her parents later adopted a son. (Himmler also had two children with his secretary, Hedwig Potthast.Gudrun was born in Munich and baptised a Protestant.

Heinrich Himmler adored his daughter and had her regularly flown to his offices in Berlin from Munich where she lived with her mother.When she was at home he telephoned her most days and wrote to her every week. He continued to call her by her childhood nickname “Püppi” throughout his life. She accompanied her father on some official duties.

She disputed that Heinrich Himmler, who died in British captivity on 23 May 1945, took his own life by breaking a concealed cyanide capsule, claiming that he was murdered.After the Second World War she and her mother were arrested by the Americans and held in various camps in Italy, France and Germany. They were brought to Nuremberg to testify at the trials, and were released in November 1946. Gudrun later bitterly referred to these years as the most difficult of her life, and said that she and her mother were treated as though they had to atone for the sins of her father.

She has never renounced the Nazi ideology and has repeatedly sought to justify the actions of her father, relative to the context of his time. People who know her say that Gudrun has created a “golden image” of her father.

She married the journalist and author Wulf Dieter Burwitz, who would become a party official in the Bavarian section of the far-right NPD,and had two children. She has remained active in the Nazi community (Neo-Nazism), and has since 1951 been a member of Stille Hilfe, an organisation providing support to arrested, condemned or fugitive former SS-members.To place Gudrun’s affiliation with this organisation into additional context, Stille Hilfe assisted Klaus Barbie of the Lyon Gestapo, Martin Sommer, otherwise known as the ‘Hangman of Buchenwald’ and “continues to support a Protestant old people’s home in Pullach, near Munich”. In 1952, Gudrun helped to found Wiking-Jugend which was organised after the Hitler Youth model. She was a longtime friend of Florentine Rost van Tonningen (died in 2007), who was known in the Netherlands as “the black widow” and who was active in Nazi circles after the war. 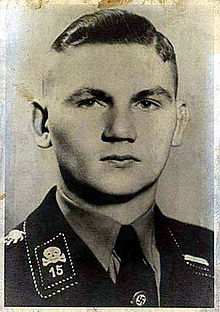 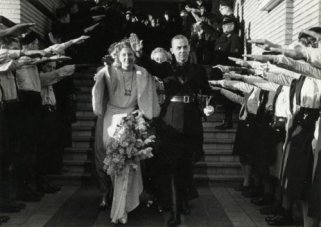 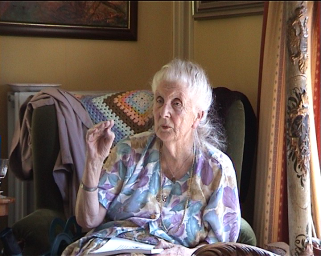 For decades Gudrun Burwitz has been a prominent public figure in Stille Hilfe. At various meetings, for instance the annual Ulrichsberg gathering in Austria, she receives the status of both a star and an authority. Oliver Schröm, author of a book about Stille Hilfe, has described her as a “flamboyant Nazi princess” (“schillernde Nazi-Prinzessin”).

Gudrun Burwitz has intensified the support for alleged Nazi war criminals in recent years.This was particularly evident in the case of Anton Malloth, a supervisor of Theresienstadt concentration camp, who was extradited to Germany in 1988 and after a prolonged public trial was sentenced in 2001 to life in prison. She arranged his stay at a nursing home in Pullach at the southern outskirts of Munich from 1988 to 2001. 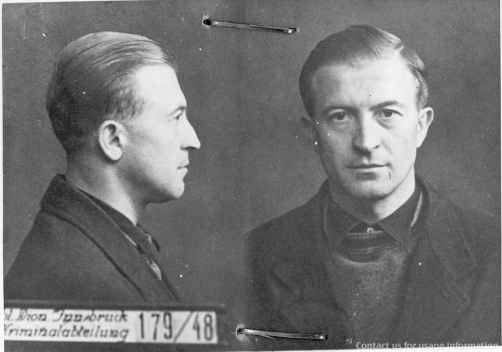 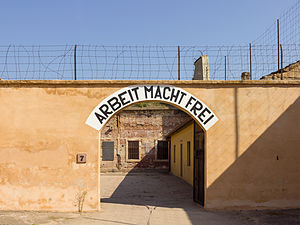 She was also involved in keeping Klaas Carel Faber from being extradited to the Netherlands.

One of her last clients was Soren Kam, a Danish SS officer wanted in his homeland for murder in wartime.

Kam, who died on 23 March  was wanted in conjunction with several murders, including the execution of newspaper editor Carl Henrik Clemmensen in Copenhagen.

In 1946, a Danish court sentenced one of Kamm’s associates, Flemming Helweg-Larsen, to death in the same case and citing the same evidence material. Helweg-Larsen was executed the same year.

Germany had refused to act on an EU extradition warrant although Kamm has admitted his guilt in a TV interview.

It does surprise me though that the German authorities have allowed her the platform where she is allowed to openly help wanted war criminals.