I don’t really like to post horrific images but on this day the 76th anniversary of the liberation of Bergen Belsen it is important that we are reminded how cruel humanity can be. 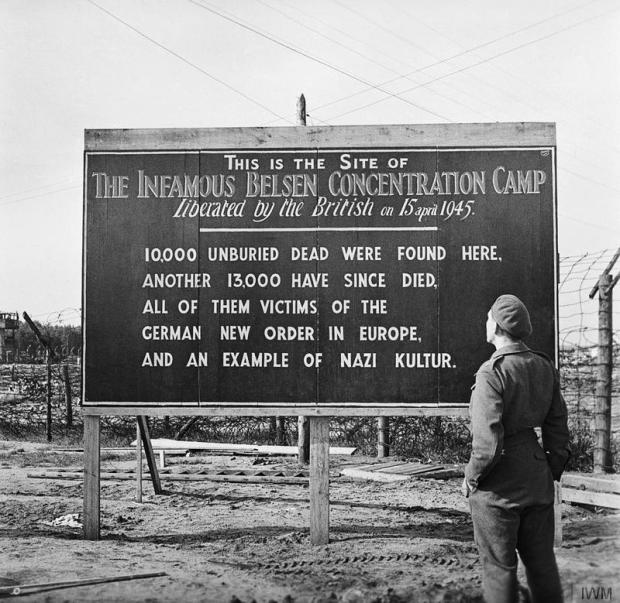 As a child I had heard some  war stories from my parents and my aunts and uncles and was always intrigued by those stories. They were tales on how some of my family avoided being shot by the Germans ,after stealing food, by jumping into big barrels and hiding in there until it was safe to come out again. Or the time that one of my grandfathers was nearly shot by the allies after liberation by telling him he was Deutsch rather then Dutch(his English wasn’t great) luckily one of the soldiers figured he meant to say he was Dutch. These stories tough gave me a more romantic and nostalgic sense for the era. My Father’s dad was killed by the Nazis

It wasn’t until one day , I think I was 13 at the time, I saw a documentary of Bergen Belsen’s most well known victim, Anne Frank, I realized the true horrors of WW2 and the Holocaust. 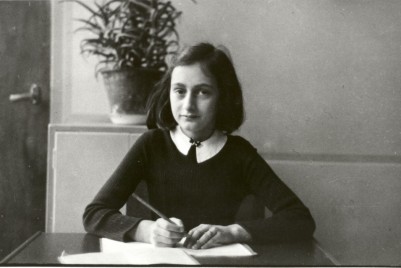 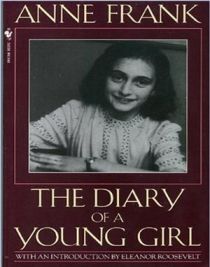 This article will be about Bergen Belsen but I will also briefly touch on Auschwitz because in several ways the camps were connected.

Bergen-Belsen was first established in 1940 as a prisoner of war camp. From 1943, Jewish civilians with foreign passports were held as ‘leverage’ in possible exchanges for Germans interned in Allied countries or for money. It later became a concentration camp and was used as a collection centre for survivors of the death marches. The camp became exceptionally overcrowded and, as a result of the Germans’ neglect, conditions were allowed to deteriorate further in the last months of the war, causing many more deaths.

The 63rd Anti-tank Regiment and the 11th Armoured Division of the British army liberate about 60,000 prisoners at the Bergen-Belsen concentration camp.

As it drove into Germany, the 11th Armoured Division occupied the Bergen-Belsen concentration camp on April 15, 1945, pursuant to an April 12 agreement with the retreating Germans to surrender the camp peacefully. When the 11th Armoured Division entered the camp, its soldiers were totally unprepared for what they found. Inside were more than 60,000 emaciated and ill prisoners in desperate need if medical attention. More than 13,000 corpses in various stages of decomposition lay littered around the camp.

The discovery of the Bergen-Belsen camp and the horrendous conditions there made on powerful impact on public opinion in Great Britain and elsewhere. One member of a British Army Film and Photographic unit recalled the masses of unburied corpses:

“The bodies were a ghastly sight. Some were green. They looked like skeletons covered with skin—the flesh had all gone. There were bodies of small children among the grown ups. In other parts of the camp there were hundreds of bodies lying around, in many cases piled five or six high”. 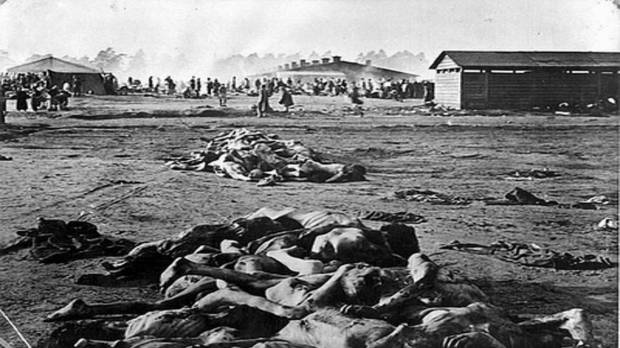 When British and Canadian troops finally entered they found over 13,000 unburied bodies and (including the satellite camps) around 60,000 inmates, most acutely sick and starving. The prisoners had been without food or water for days before the Allied arrival, partially due to allied bombing. Immediately before and after liberation, prisoners were dying at around 500 per day, mostly from typhus. The scenes that greeted British troops were described by the BBC’s Richard Dimbleby, who accompanied them:

Initially lacking sufficient manpower, the British allowed the Hungarians to remain in charge and only commandant Kramer was arrested. Subsequently SS and Hungarian guards shot and killed some of the starving prisoners who were trying to get their hands on food supplies from the store houses. The British started to provide emergency medical care, clothing and food. Immediately following the liberation, revenge killings took place in the satellite camp the SS had created in the area of the army barracks that later became Hohne-Camp. Around 15,000 prisoners from Mittelbau-Dora had been relocated there in early April. These prisoners were in much better physical condition than most of the others. Some of these men turned on those who had been their overseers at Mittelbau. About 170 of these “Kapos” were killed on April 15, 1945.:62On April 20, four German fighter planes attacked the camp, damaging the water supply and killing three British medical orderlies.

Over the next days the surviving prisoners were deloused and moved to a nearby German Panzer army camp, which became the Bergen-Belsen DP (displaced persons) camp. 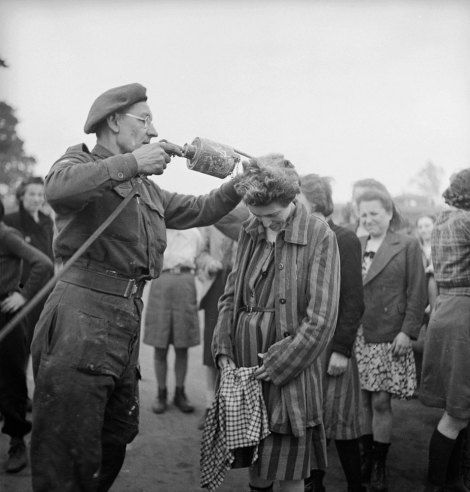 Over a period of four weeks, almost 29,000 of the survivors were moved there. Before the handover, the SS had managed to destroy the camp’s administrative files, thereby eradicating most written evidence.

The British forced the former SS camp personnel to help bury the thousands of dead bodies in mass graves. 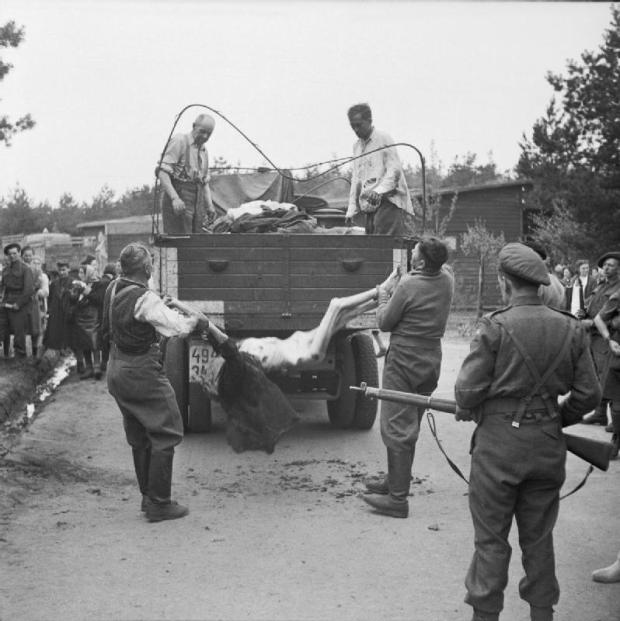 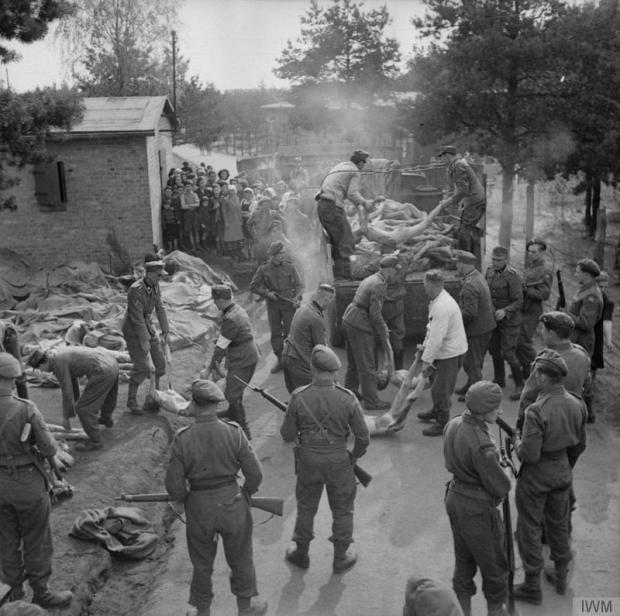 Some civil servants from Celle and Landkreis Celle were brought to Belsen and confronted with the crimes committed on their doorstep. 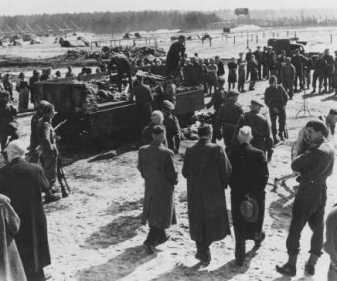 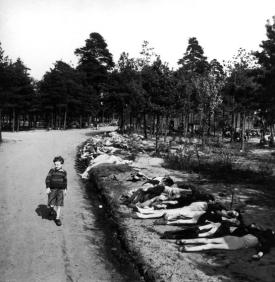 Military photographers and cameramen of “No. 5 Army Film and Photographic Unit” documented the conditions in the camp and the measures of the British Army to ameliorate them. Many of the pictures they took and the films they made from April 15 to June 9, 1945 were published or shown abroad. Today, the originals are in the Imperial War Museum. These documents had a lasting impact on the international perception and memory of Nazi concentration camps to this day.According to Habbo Knoch, head of the institution that runs the memorial today: “Bergen-Belsen became a synonym world-wide for German crimes committed during the time of Nazi rule. 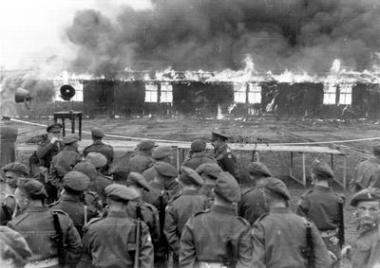 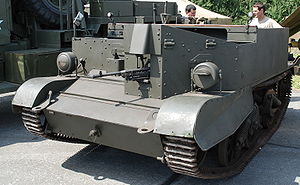 In spite of massive efforts to help the survivors with food and medical treatment, led by Brigadier Glyn Hughes, Deputy Director of Medical Services of 2nd Army, about another 9,000 died in April, and by the end of June 1945 another 4,000 had died. (After liberation 13,994 people died.)

Two specialist teams were dispatched from Britain to deal with the feeding problem. The first, led by Dr A. P. Meiklejohn, included 96 medical student volunteers from London teaching hospitals who were later credited with significantly reducing the death rate amongst prisoners.A research team led by Dr Janet Vaughan was dispatched by the Medical Research Council to test the effectiveness of various feeding regimes.

The British troops and medical staff tried these diets to feed the prisoners, in this order:

Some were too weak to even consume the Bengal Famine Mixture. Intravenous feeding was attempted but abandoned – SS Doctors had previously used injections to murder prisoners so some became hysterical at the sight of the intraveneous feeding equipment.

On the 25th of August 1942 approximately 20 Jewish citizens from my hometown Geleen,were deported from City Hall by the Germans. 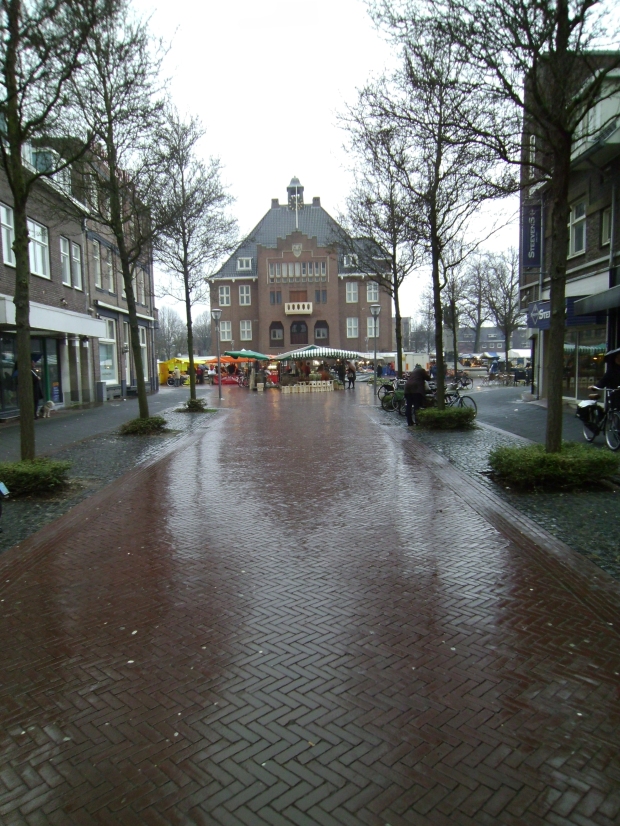 Shortly afterwards 12 more were picked up and deported. Only 1 survived. In total 37 Geleen Jews were killed during the holocaust. Most of them were killed in Auschwitz , a few in Sobibor. Others died during the transport.

Sophia Baum Salmagne was the only one who died in Bergen Belsen. The reason why I mention her is because the only things I know about her that she was born on the 12th of June 1867 in Eilendorf Germany and that she died on the 16th of November 1943 in Bergen Belsen. Noting else, no picture, not even when she moved to Geleen. Just a name on a list of victims. This was the fate of millions of victims ,names on a list, as if they hardly ever existed. It is all our duty to be the voice of these whose prove of existence were nearly erased.