Even though Ireland was a neutral country during WWII it didn’t escape the war completely unscathed.

It was especially it’s mercantile marine which was affected by the German Navy.

Ireland, unlike the majority of more recent independent nations, made no attempt to encourage the development of her own mercantile marine. Each year the fleet declined: from 127 in 1923, until in September 1939 they had only 56 ships flying the Irish flag, none ocean-going, all designed for the short sea trades. 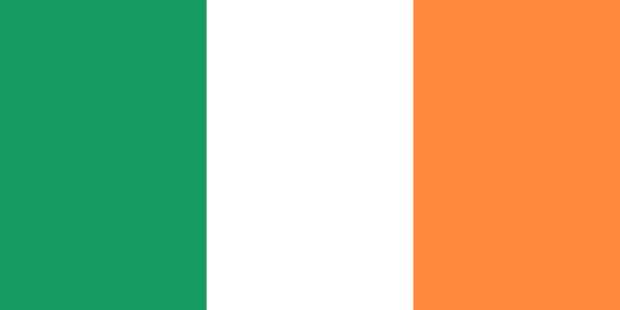 This tiny fleet increased with the formation of Irish Shipping Ltd. in March 1941 when, under great difficulty, 15 ocean-going dry cargo ships were purchased or chartered.

16 Ships were lost in unprovoked actions. I will not be talking  about all 16 but I will focus to the ones which were registered in my hometown of Limerick.

The City of Limerick 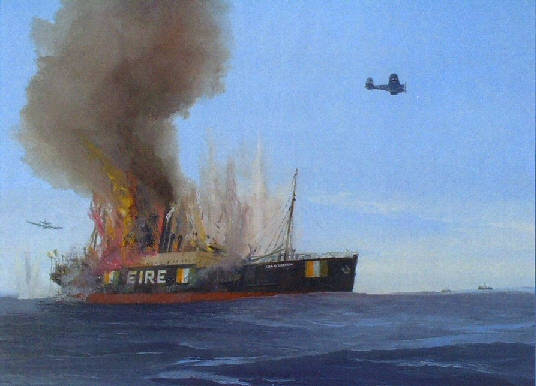 City of Limerick was the first Irish ship to be sunk by German aircraft in World War Two. Owned by Palgrave Murphy Ltd. and commanded by Captain Robert Ferguson she departed Cartagena, Spain for Liverpool in early July 1940. At 8 a.m. on 15th July, when 100 miles west of Ushant, she was attacked from astern by an aircraft with machine-gun fire. As the plane roared overhead it dropped a stick of bombs which hit the ship but failed to explode. It returned for another attack and this time two men were killed. The ship was now stopped and disabled and the captain gave the order to abandon her. As the crew pulled away in lifeboats more German planes appeared and following further attacks the ship sank. After a cold night in the boats the survivors were rescued next day by a Belgian trawler and landed at Penzance, Cornwall. 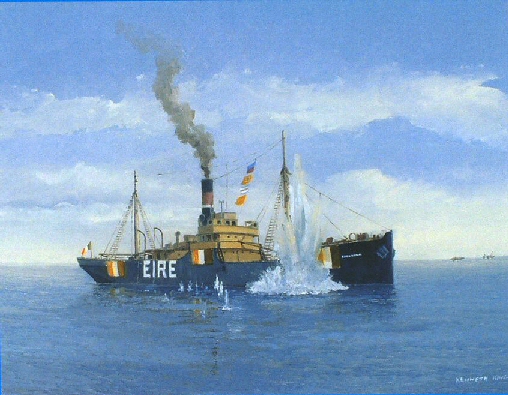 On 4 Sep, 1940, the un-escorted and neutral Luimneach (Master Eric Septimus Jones) was stopped by U-46 with two shots across her bow west-southwest of the Scilly Isles and was sunk at 20.00 hours by gunfire. There are differences in the accounts given by the captains. Endrass claimed that Capt Eric Jones and his crew “lost their heads completely” with one man jumping into the water, at the shot across the bows by his U-boat. But Jones was an experienced captain. The Luimneach had survived twelve aerial attacks during the Spanish Civil War. He took the ship’s papers with him and they are now in the Dublin Public Records Office. Following an inquiry, on 4 March 1941, Dönitz concluded that the U-boat acted correctly in sinking an “abandoned ship”. Endrass did not converse with the Luimneach, who were of the opinion that he was Italian. Endrass said that the flag was “British or Irish”. There were two lifeboats, One was picked up by a Spanish trawler and brought to Spain. The other was picked up by a French trawler. Those landed in France were detained by the Nazis. Two of the crew were British and were imprisoned. The Chief Officer, from Belfast, also had British papers, but because of his advanced age was allowed to live in Paris. The Second Engineer was Dutch and was allowed to go to Antwerp. The remainder returned to Ireland via Portugal. 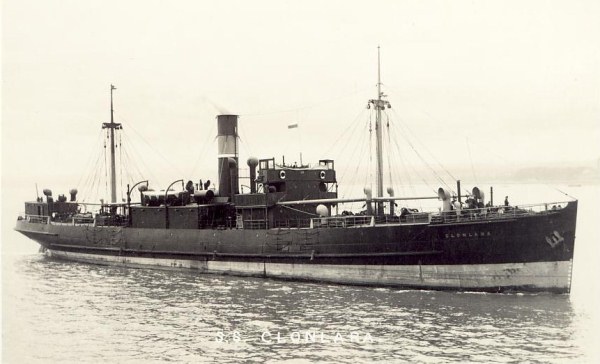 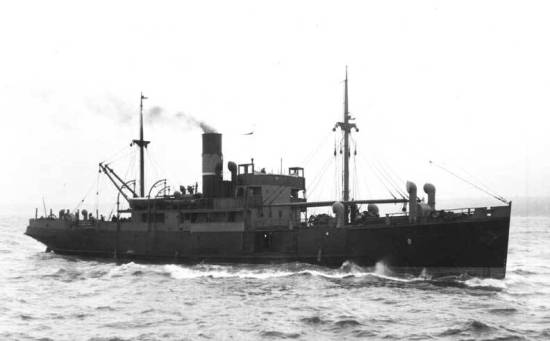 Kyleclare was built at Dundee in 1932 for the Limerick Steam Ship Company and up to the outbreak of the war mainly traded from ports in the west of Ireland to Liverpool. The morning of 21st February 1943 saw her departing Lisbon for Dublin as she steamed down the Tagus and into the Atlantic. Two days later she had made good progress northwards and was at 48 50 north, 12 20 west when sighted by U-456 (Kapitanleutnant Max Teichert). 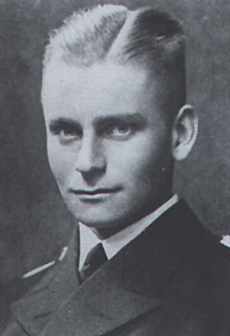 He manoeuvred into attack position; wind was south-south-west, force 3, sea smooth, gentle swell, good visibility. He later claimed that he had not seen Kyleclare ’s neutrality markings as she was so low in the water, listing to starboard and his periscope was awash. From a distance of 500 metres he fired a fan of three torpedoes. The moment of firing was logged; 2.38 p.m. Central European Time, 23 February 1943. As the torpedoes left the tubes, the submarine rose higher in the water and at that instance Teichert saw the double inscription EIRE on the ship’s side. Seconds later a double explosion echoed throughout the submarine. He proceeded to the position of the sinking but found nothing except wreckage; Kyleclare had disintegrated in a massive cloud of brown smoke. Eighteen Irish lives were blasted into eternity with her.

The crew that perished at sea