I know what you are thinking” This is going to be one of those Isis or refugee stories” ! No it is a WWII story, but it does indicate that that part of the world has been troublesome for quite a while.

On the 8th of June  in 1941, British,Australian,Indian and Free French forces entered Syria and Lebanon in Operation Exporter.

In May, the pro-Axis Rashid Ali rose to power in Iraq and refused to allow British maneuvers within his country in accordance with the Anglo-Iraqi Treaty of 1930. Britain quickly restored the status quo ante by driving Ali and his followers out of Iraq.

And to ensure that German military supplies shipped to Ali via Syria did not result in Axis control of that country and neighboring Lebanon, Britain decided to take preventive action. With Australian and Indian support, as well as that of Free French forces, Britain invaded both Syria and Lebanon, fighting Vichy French garrisons loyal to Germany. Resistance lasted five weeks before an armistice was finally signed on July 14, giving the Allies control of both Syria and Lebanon. Among those wounded in the fighting was the 26-year-old leader of Palestinian volunteer forces, Moshe Dayan, the future hero in the fight for an independent Jewish state. He lost an eye.

The Syria–Lebanon campaign, also known as Operation Exporter, was the British invasion of Vichy French Syria and Lebanon from June–July 1941, during World War II. Time magazine referred to the fighting as a “mixed show” while it was taking place and the campaign remains little known, even in the countries that took part. There is evidence that British censorship limited reportage of the fighting because politicians believed that knowledge of fighting against French forces could have a negative effect on public opinion in Britain and its common wealth.

The British invasion was aimed at preventing Nazi Germany from using the Vichy French-controlled Syrian Republic and French Lebanon as springboards for attacks on Egypt, as the British fought a campaign against Axis forces further west in North Africa. Although the French had ceded autonomy to Syria in September 1936, they had retained treaty rights to maintain armed forces and two airfields in the territory. From 1 April, after a coup d’état, Iraq was controlled by pro-German rebel forces under Rashid Ali. This eventually led to the outbreak of the Anglo-Iraqi War, which ended in British control over neighbouring Iraq.

In May 1941, Admiral François Darlan signed an agreement on behalf of Vichy France with the Germans, known as the “Paris Protocols”, granting German access to military facilities in Syria.The protocols were never ratified but Charles Huntziger, the Vichy Minister of War, sent orders to Henri Dentz, the High Commissioner for the Levant, that the German Air Force (Luftwaffe) and the Italian Royal Air Force  were allowed to refuel in Syria. 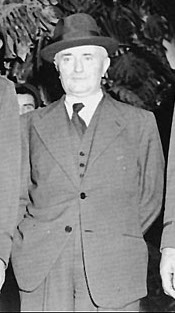 Disguised as Iraqi aircraft, the German and Italian aircraft landed in Syria en route to the Kingdom of Iraq during the Anglo-Iraqi War. The Germans also requested permission from the Vichy authorities to use Syrian railways to send armaments to Iraqi rebels in Mosul. There Archibald Wavell—Commander in Chief of Middle East Command—faced a threat posed by Vichy collaboration with Germany and Italy.

.Initially, British forces to the south of Syria in the British Mandate of Palestine consisted of two main formations under the command of General Sir Maitland Wilson.

The 5th Indian Brigade Group—commanded by Brigadier Wilfrid Lewis Lloyd—were ordered to cross the Syrian border from Palestine and take Quneitra and Deraa. It was anticipated that this would open the way for the 1st Free French Division to advance to Damascus. Four days after the commencement of the operation, this force was brought under unified command and was named Gentforce after its French commander, Major-General Paul Louis Le Gentilhomme. 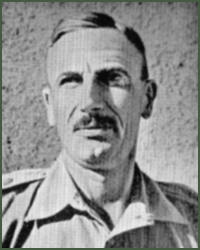 On 9 June, the Australians were involved in heavy fighting at the Litani River in southern Lebanon. Further intense action occurred between 11-27 June at Merdjayoun, Lebanon, where Australian and British troops attacked and counter-attacked Vichy forces. On 21 June, the Syrian capital of Damascus fell to a combined Indian, British, Australian and Free French force. Fighting, however, continued in Lebanon as the Allies struggled to take the important coastal centre of Damour. With the fall of Damour on 9 July 1941, the Vichy commander, General Dentz, asked for an armistice which was signed at Acre on 13 July 1941. Altogether about 18,000 Australian troops took part in the Syrian campaign.T

The Australian 25th Brigade was to attack the big Vichy French airbase at Rayak. The operation was also to include a supporting commando landing from Cyprus at the south of the Litani River. 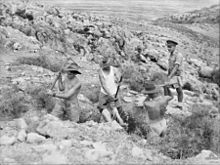 Once the two southern prongs were well engaged, it was planned that a third force, comprising formations drawn from Iraq Command, would attack Syria from Iraq. The bulk of 10th Indian Infantry Division—commanded by Major-General William “Bill” Slim 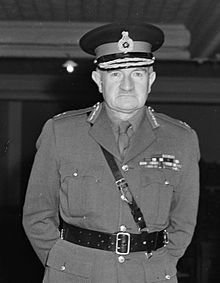 —was to advance north-west up the Euphrates River from Haditha in Iraq (upstream from Baghdad) toward Deir ez Zor and thence to Raqqa and Aleppo to threaten the communication and supply lines of the Vichy forces defending Beirut against the Australians advancing from the south, in particular the railway line running northwards through Aleppo to Turkey (at the time, Turkey was thought by some British strategists to be sympathetic to the Vichy government and to Germany).

Finally, Wilson’s plan called for Habforce—consisting of the 4th Cavalry Brigade, the 1st Battalion of the Essex Regiment, the Arab Legion Mechanized Regiment each supported by field, anti-tank and anti-aircraft artillery batteries—to gather in western Iraq between Rutbah and the Transjordan border.

At the same time as the thrust up the Euphrates, this force would advance in a northwesterly direction to take Palmyra in Syria. Habforce was to secure the oil pipeline from Haditha to Tripoli. Habforce was in Iraq, attached to Iraq Command, because it had previously struck across the desert from the Transjordan border as part of the relief of RAF Habbaniya during the Anglo-Iraqi War.

Isn’t it sad in a way that we still hear the names Aleppo,Palmyra and Damascus on a daily basis nowadays.

The initial advantage that the Vichy French Air Force (Armée de l’Air de Vichy) enjoyed did not last long. The Vichy French lost most of their aircraft destroyed on the ground where the flat terrain, absence of infrastructure and absence of modern anti-aircraft (AA) artillery made them vulnerable to air attacks. On 26 June, a strafing run by Tomahawks of No. 3 Squadron Royal Australian Air Force , on Homs airfield, destroyed five Dewoitine D.520s of Fighter Squadron II/3 (Groupe de Chasse II/3) and damaged six more. 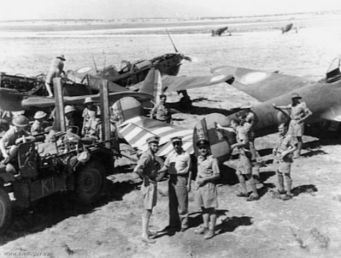 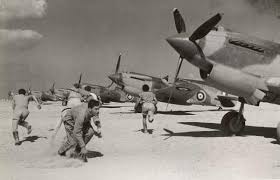 On 10 July, five D.520s attacked Bristol Blenheim bombers from No. 45 Squadron RAF, which were being escorted by seven Tomahawks from 3 Sqn.The French pilots claimed three Blenheims but at least four D.520s were destroyed by the Australians. The following day, a Dewoitine pilot shot down a Tomahawk from 3 Sqn, the only one lost during the campaign. 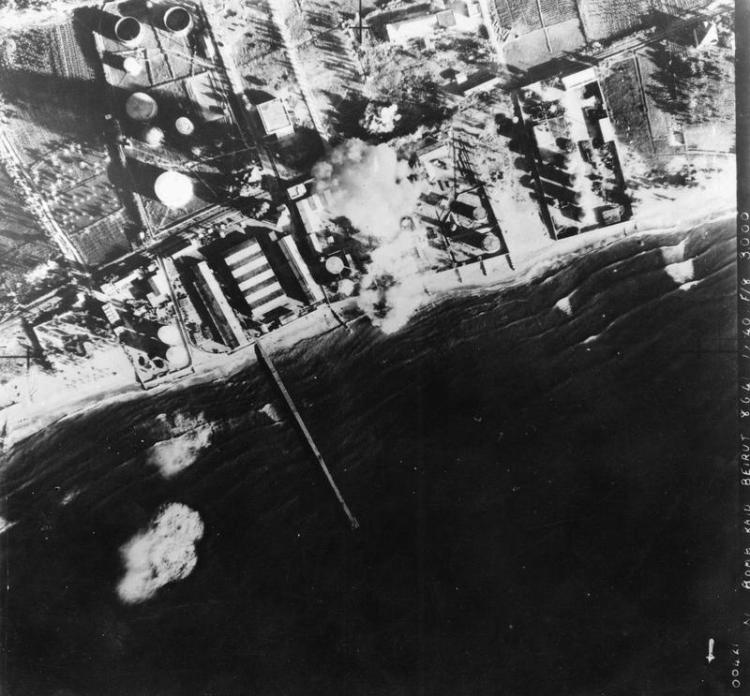 By the end of the campaign, the Vichy forces had lost 179 aircraft from about 289 committed to the Levant, with remaining aircraft with the range to do so evacuating to Rhodes.

On 10 July, as the Australian 21st Brigade was on the verge of entering Beirut, Dentz sought an armistice. At one minute past midnight on 12 July, a ceasefire came into effect. To all intents and purposes, this ended the campaign and an armistice known as Armistice of Saint Jean d’Acre (also known as the “Convention of Acre”) was signed on 14 July at the “Sidney Smith Barracks” on the outskirts of the city of Acre.

The Vichy French forces lost approximately 6,000 men; of these roughly 1,000 had been killed. In addition, there were 37,736 Vichy French prisoners of war. When given the choice of repatriation to Metropolitan France or joining the Free French, a total of 5,668 men chose to join General Charles De Gaulle’s forces.The total number of civilians and military personnel repatriated was 37,563. Eight convoys, consisting of three hospital ships and one “gleaner” ship, sailed for France between 7 August and 27 September 1941 and arrived without incident.Prisoners taken by the Vichy French forces were returned as well. It was determined that several British prisoners of war had been sent out of Syria even after the armistice was signed. The delay in obtaining the return of these prisoners led to the detention of Dentz and 29 of his most senior officers in Palestine. They were released in due course as the British prisoners were returned to Syria.

Below are some pictures of the campaign that lasted 6 weeks. 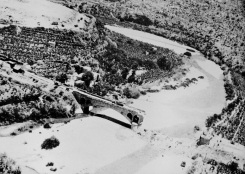