Even during the War life went on as ‘usual’ .The Elfstedentocht (Eleven cities tour) is a skating tour, almost 200 KM (120 mi) long, which is held both as a speed skating competition (with 300 contestants) and a leisure tour (with 16,000 skaters). It is held in the province of Friesland in the north of the Netherlands, leading past all eleven historical cities of the province. The tour is held  only when the natural ice along the entire course is at least 15 centimetres (6 in) thick.When the ice is suitable, the tour is announced and starts within 48 hours. In 1941 and 1942 it was felt the Marathon skating event had to be held because of the harsh winters which made the ice perfect. The Germans did allow it but did put severe restrictions in place.

Nazis of all nations

At its core, Nazism was hostile to other nations and races, yet when it came to welcoming allies and volunteers – even to their most ideologically pure units – the German military were commendably open-minded. The SS were responsible for some of the worst atrocities of the war. They were ultra-Nazis and supplied the personnel who ran the concentration camps. Yet even this bulwark of the racial ideology of the Nazis became an international force to an extent. Soon, there were volunteers from many countries – Britain, Belgium, Finland, France, Norway, Denmark, Sweden, the Netherlands – serving in their own SS regiments. As the doctrine of ‘my enemy’s enemy is my friend’ took hold there were even Slavs from Ukraine, Kosovo Albanians, Arabs, Tatars and Indonesian Asians. These units often exploited long-standing hatreds – anti-British Empire Indian nationalists joined up and Bosnian Muslims who hated the Serbs had their own legion – at the expense of the supposed racial purity of the German cause.

Die Glocke means bell in German and it’s one of the strangest of the ‘Nazi Miracle Weapon’ stories (which include UFOs and a hefty dose of the occult) from World War II. The story first came to light in a Polish book published as late as 2000. The author, Igor Witkowski, reckoned he’d got his hands on secret documents and the transcript of an interview with a captured SS officer (conveniently, he wasn’t allowed to make copies) which revealed a secret German weapons programme. Die Glocke looked like a bell, unsurprisingly, and was designed to emit radiation via a secret metallic liquid that it contained. It could also produce anti-gravity. Others took up the story and it soon had a life of its own – the Americans now had it, it was in a Nazi-friendly South American dictatorship. The story may not even be true, but it will probably never go away. 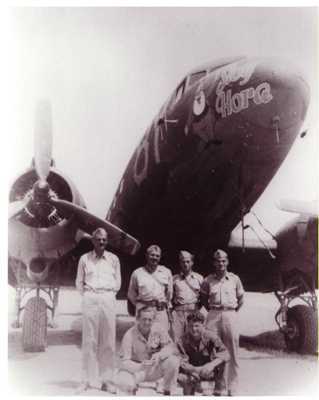 Operation Dragoon was the Allied invasion of southern France. Despite being one of the largest amphibious operations in history, it was overshadowed by Operation Overlord and is virtually forgotten today. The landings were lightly opposed because of the Normandy Campaign and successful diversion tactics, and by the end of the first day advances of nearly thirty kilometers had been achieved.

During the late summer of 1944, the Allied advance from the Normandy beachheads had bogged down due to lack of supplies. Capturing port facilities became of the utmost importance because key ports in northern France were unusable. By mid September, Operation Dragoon linked up with units from the Normandy advance, and the port of Marseilles had begun receiving supplies. By the end of the war, southern France would supply nearly one third of Allied material in Europe.

The plan sounds like something from a spy movie—to use a secret underwater base as a jumping-off point for launching and recovering midget submarines that would destroy British shipping. That’s exactly what the Italians planned and eventually executed. An Italian cargo ship, the Olterra, was stuck in Spain after World War II broke out and just happened to be anchored across the harbor from the British fortress at Gibraltar. Italy managed to secretly smuggle several tiny midget submarines through Spain and onto the Olterra as well as equipment to maintain the submarines. A hole was cut in the ship below the waterline to allow midget submarines and combat divers to secretly exit.

The first operation in December 1942 ended in disaster, with three deaths and two combat divers taken captive. However, a second operation in 1943 was successful in sinking three cargo ships, and another operation later that year sunk three more. The British had their suspicions, given that the Olterra was anchored right across the harbor from them, but never found out the truth until Italy surrendered to the Allies in 1943

In December 1942, 10 British special forces soldiers were secretly sent to a French port to destroy things and otherwise cause mayhem. Their mode of transport? Canoes. Having realized that valuable war materials were flowing from Asia to Germany through the port of Bordeaux, the British decided that this choke point had to be stemmed. As more destructive ways of destroying the ships in the port could have caused civilian casualties, the British decided on a commando surgical strike. A royal marine came up with the insane plan of commandos paddling canoes into the port and sticking explosives onto the ships.

A British submarine surfaced off the French coast and launched five canoes, each carrying two commandos, for the strike. The port was hundreds of miles inland up a river, and the commandos had to paddle the whole way, taking several days to make the journey and hiding on the shore during the day. Only two of the boats managed to reach the safety of inland waters; two others capsized, and one disappeared. After reaching the harbor, the four remaining commandos blew up six ships.

Two of the commandos were captured and executed, but the other two were smuggled out of France and into Spain by French resistance members. The strike was a huge propaganda boost for the struggling Allies, and the Germans were forced to guard their ships more closely from then on, an increased expenditure of resources. 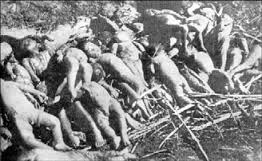 After the Japanese occupied the Dutch East Indies, a group of about 200 British servicemen found themselves stuck in Java during the invasion. They took to the hills to fight as a guerrilla resistance force, but they were captured and tortured by the Kempeitai. According to over 60 eyewitnesses testifying at the Hague following the war, these men were then forced into 1-meter-long (3 ft) bamboo cages meant to transport pigs. They were then transported via trucks and open rail cars to the coast, in temperatures reaching 38 degrees Celsius (100 °F). The prisoners, already suffering from severe dehydration, were then placed on waiting boats, which sailed off the coast of Surabaya, whereupon the cages were thrown into the ocean. The prisoners were drowned or eaten alive by sharks.

One Dutch witness, only 11 years old at the time, described the incident to a magazine:

One day around noon, the hottest time of the day, a convoy of about four or five Army trucks passed the street where we were playing, loaded with so-called “pig baskets,” which were normally used to stack pigs during transport to the slaughterhouse or the market. Indonesia being a Moslem country, pigs were only for European and Chinese customers in the market. Moslems (Javanese) were not allowed to eat them and considered pigs (same as dogs) as “dirty animals” from which contact should be avoided. In other words: any connection with pigs and dogs was shameful. To our astonishment the pig baskets were crammed with Australian soldiers, some of them still wearing parts of their uniform, a few even their special hat. They were tied in pairs, two to each other, facing each other, and stacked, like pigs, in the baskets, lying down. Some were in a terrible state, crying for water, I saw one of the Japanese guards opening his fly and urinate on them. I remember being terrified and I can never forget this picture in my mind. Later my father told me the trucks were driven through the town as a show to the Indonesians for utter humiliation of the white race, finally being dumped into the harbour to drown.

Lieutenant General Hitoshi Imamura, commander in chief of the Japanese forces in Java, was acquitted on war crimes charges by a Netherlands court due to lack of evidence but was later charged by an Australian military court and sentenced to 10 years in prison, which he served from 1946–54 in Sugamo, Japan.