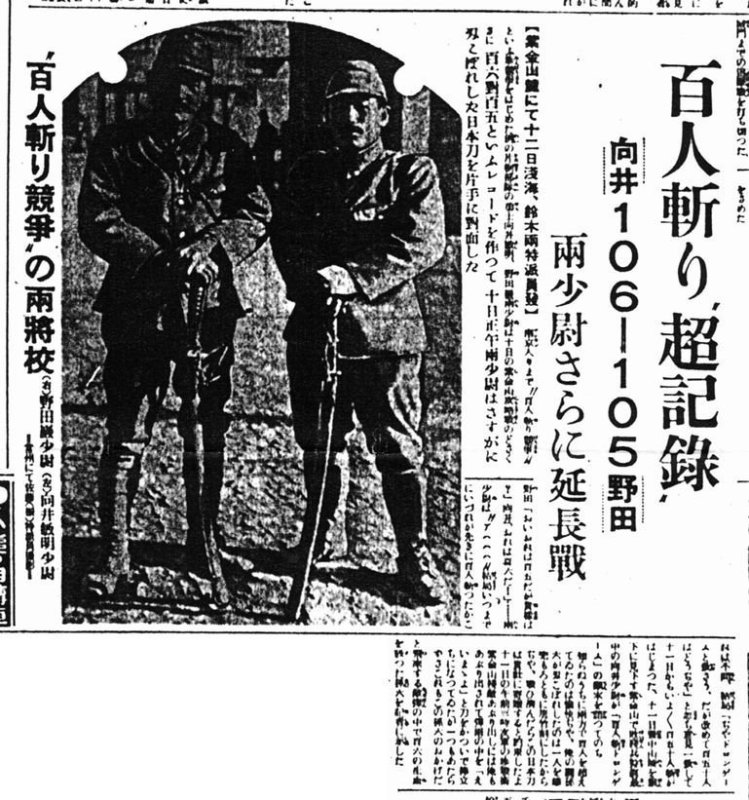 It’s one of the lesser known facts of history but  in 1937, two Japanese officers named Toshiaki Mukai and Tsuyoshi Noda held a contest over who was the first to succeed in killing a 100 people with his sword (Magoroku) 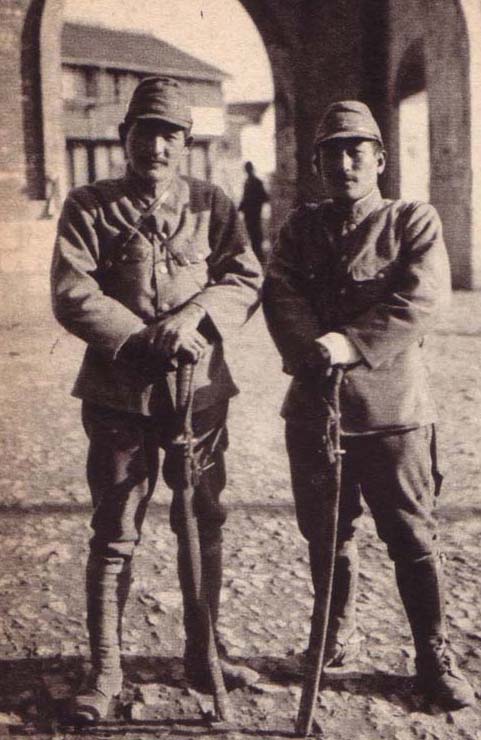 Mukai and Noda were both two young second lieutenants in the Katagiri Regiment’s Toyama Battalion and their contest was held during the Japanese invasion of China. The winner was announced on 10th of December 1937, only a couple of days before the Japanese Army entered Nanking (now Nanjing). Nanking, then the capital of the Republic of China (now of the Jiangsu province) was captured by the Japanese army on December 13, 1937 and in a total spree of six weeks over 200,000 residents were murdered and thousands of women were raped. It would become known as the Nanking Massacre and Rape of Nanking. 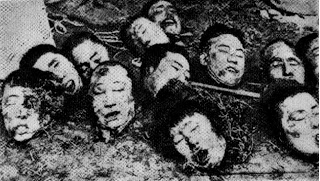 The issue first emerged from a series of wartime Japanese-language newspaper articles, which celebrated the “heroic” killing of Chinese by two Japanese officers, who were engaged in a competition to see who could kill the most first.The issue was revived in the 1970s and sparked a larger controversy over Japanese war crimes in China.

The original newspaper accounts described the killings as hand-to-hand combat; historians have suggested that they were more likely just another part of the widespread mass killings of defenseless prisoners. 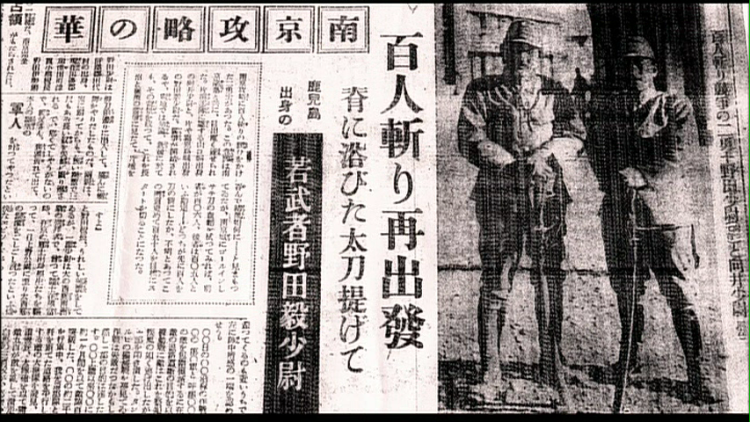 In 1937, the Osaka Mainichi Shimbun and its sister newspaper the Tokyo Nichi Nichi Shimbun covered a contest between the two Japanese officers,  in which the two men were described as vying with one another to be the first to kill 100 people with a sword. The competition supposedly took place en route to Nanking, directly prior to the infamous Nanking Massacre, and was covered in four articles, from November 30 to December 13, 1937, the two last being translated in the Japan Advertiser.

Both officers supposedly surpassed their goal during the heat of battle, making it impossible to determine which officer had actually won the contest. Therefore, (according to the journalists Asami Kazuo and Suzuki Jiro, writing in the Tokyo Nichi-Nichi Shimbun of December 13), they decided to begin another contest, with the aim being 150 kills. The Nichi Nichi headline of the story of December 13 read “‘Incredible Record’ [in the Contest to] Behead 100 People—Mukai 106 – 105 Noda—Both 2nd Lieutenants Go Into Extra Innings”.

Other soldiers and historians have noted the unlikelihood of the lieutenants’ alleged heroics’, which entailed killing enemy after enemy in fierce hand-to-hand combat. Tsuyoshi Noda admitted in a speech

Actually, I didn’t kill more than four or five people in hand-to hand combat … We’d face an enemy trench that we’d captured, and when we called out, “Ni, Lai-Lai!” (You, come on!), the Chinese soldiers were so stupid, they’d rush toward us all at once. Then we’d line them up and cut them down, from one end of the line to the other. I was praised for having killed a hundred people, but actually, almost all of them were killed in this way. The two of us did have a contest, but afterward, I was often asked whether it was a big deal, and I said it was no big deal 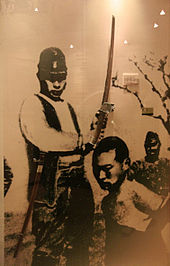 After the war, a written record of the contest found its way into the documents of the International Military Tribunal for the Far East. Soon after, the two soldiers were extradited to China, trialed by the Nanjing War Crimes Tribunal, convicted of atrocities committed during the Battle of Nanking and the subsequent massacre, and on January 28, 1948, both soldiers were executed at Yuhuatai execution chamber by the Chinese government.