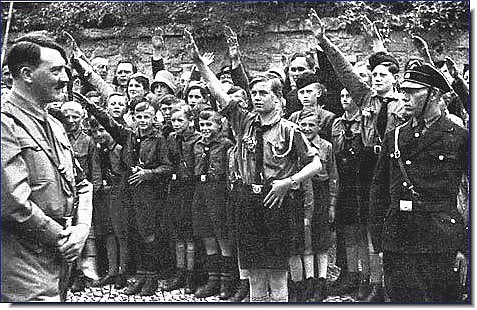 Man’s primal instinct is to survive at any cost and in order to do so some have done things which could be considered as selling your soul to the devil. Does this mean we can judge them? In some cases we can but in other cases we have to understand the situation they were in. Faced with complete annihilation I am not sure how many would have acted differently, especially those who are still in their youth, dreaming of their life yet too come.

A German Jew by birth, Perel managed to survive the Holocaust as a teenager concealed as a member of the Hitler Youth and serving as a young translator for Nazi soldiers.

He even once saw Adolf Hitler up close. 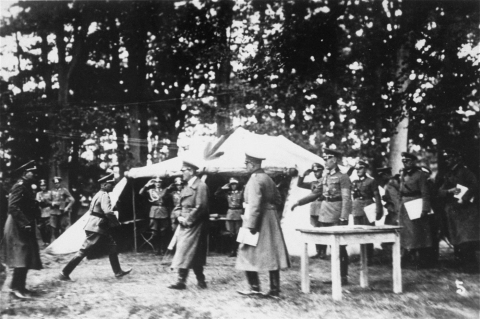 When the Nazis came to power, systematic persecution of Germany’s Jewish citizens began. In 1935, the Perel family relocated to Łódź, Poland, where Solomon’s aunt lived, after their shoe store was deliberately pillaged and Perel was expelled from his school.

After the Germans invaded Poland in September, 1939, Solomon Perel and his brother Isaak attempted to escape to the Soviet-occupied part of Poland. Solomon succeeded and was placed in a Komsomol-run orphanage in Grodno while his brother made his way to Vilnius in Lithuania.

Perel fled from the orphanage when Germany invaded the Soviet Union and was captured by a German army unit. Since he was a native German speaker, Perel was able to convince his captors that he was a Volksdeutscher (an ethnic German living outside Germany) and was subsequently accepted into his captors’ unit as a Russian–German interpreter. He played a key role in the capture of Joseph Stalin’s son, Yakov Dzhugashvili, and thereafter became endeared to his German army unit.

The unit’s commanding officer even made plans to adopt him, providing him with further protection. As a circumcised Jew, Perel was constantly in danger of being discovered by his military unit, and attempted on several occasions to flee back to the Soviets, each time without success.

Since he was still a minor, Perel was told he could not remain with the army. Instead, he was sent to a Hitler Youth school in Braunschweig, where he continued to hide his Jewish identity under the name of Josef Perjell .

“I felt like any other Hitler Youth and I was so convinced, that no one suspected I wasn’t,” Perel said. “I stopped eating kosher and believing in God, but I believed I’ll stay alive. I felt immortal, like ‘it won’t happen to me.’”

“I was schizophrenic. During the day, I was a German youth who wanted to win the war, I sang songs against Jews and yelled ‘Heil Hitler’ — and at night, in bed, I cried out of longing for my family,” he said.

At the time he had a girlfriend by the name of Leni Latsch. She was a member of the Nazi-instituted League of German Girls (BDM), so although Perel loved Leni he dared not tell her that he was Jewish for fear of her informing the authorities.

Later, Leni’s widowed mother discovered he was Jewish but refused to reveal his secret.

“When talking about the Holocaust, there’s a clear division: The victims were Jews, and the perpetrators were the Nazis, while I was both,” Perel told Ynet. “From the moment I wore the uniforms with a swastika on, I became my own enemy and I had to escape myself to survive.”

The night of April 20, 1945, on the eve of his 20th birthday and close to the end of the war, Perel was captured by a U.S. Army unit, but released the next day. After traveling back to his birthplace, and making dozens of inquiries, he finally located his brother Isaak, who was married and living in Munich. Perel moved to Munich to be with him. He learned that his father had died of starvation in the Łódź ghetto, his mother was murdered in a gassing truck in 1944, and his sister was shot while on a death march. But his brother David was alive and in Palestine. Solomon resolved to join him, and in July 1948 he sailed for Haifa and the newly declared state of Israel.

Once in Israel, Perel joined the army to fight in the 1948 Arab–Israeli War. He later left the Israeli army to become a businessman. Perel did not return to Germany until 1985 at the invitation of the Mayor of Peine to take part in a commemoration of the destruction of the Peine Synagogue.

Perel later wrote a book about his exploits, titled Ich war Hitlerjunge Salomon (I Was Hitler Youth Salomon). His work was later adapted into the 1990 film Europa Europa, produced by CCC Film. He often tours and gives talks throughout Europe about his wartime experiences.

The Dutch playwright Carl Slotboom wrote a play based on Perel’s story titled Du sollst leben (Dutch: Je zult leven; English: Thou Shalt Live), which was first aired in Zevenbergen, Netherlands, on May 4, 2012, which is also Remembrance of the Dead in the Netherlands. Salomon Perel visited Zevenbergen to see the play.