Amidst all the fighting and destruction there was still some time for romance during World War 2.

A Sailor Kissing A Nurse In New York’s Times Square. This Iconic Photo Symbolizes The End Of World War II. This is probably the most famous romantic WW2 picture.

A Young Woman Lifts Her Feet While Embracing And Kissing A Uniformed Us Soldier At The Train Station, Connecticut, 1945. 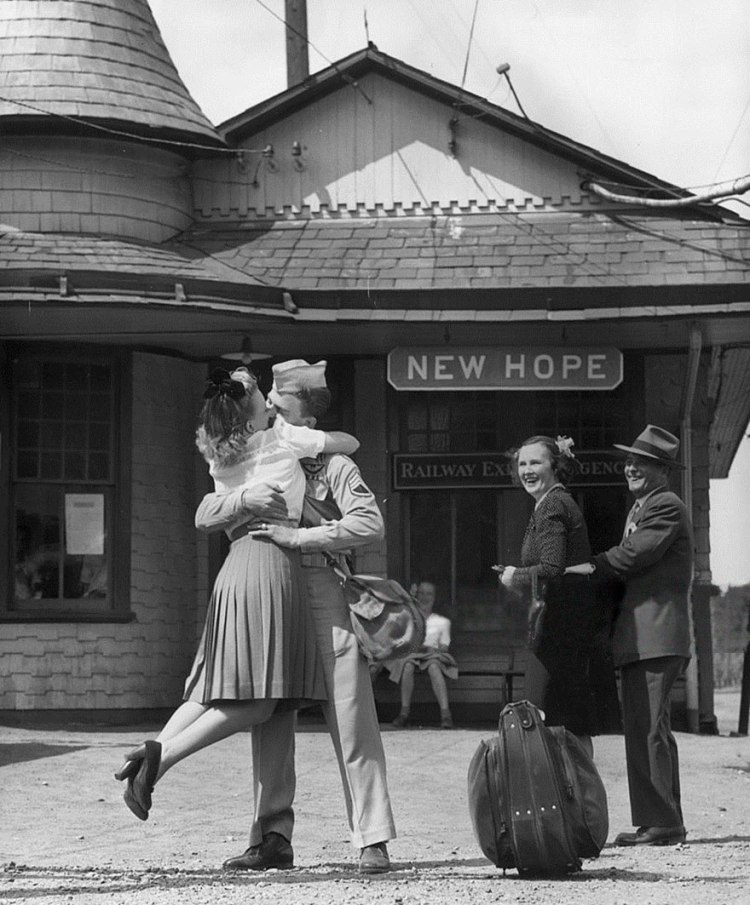 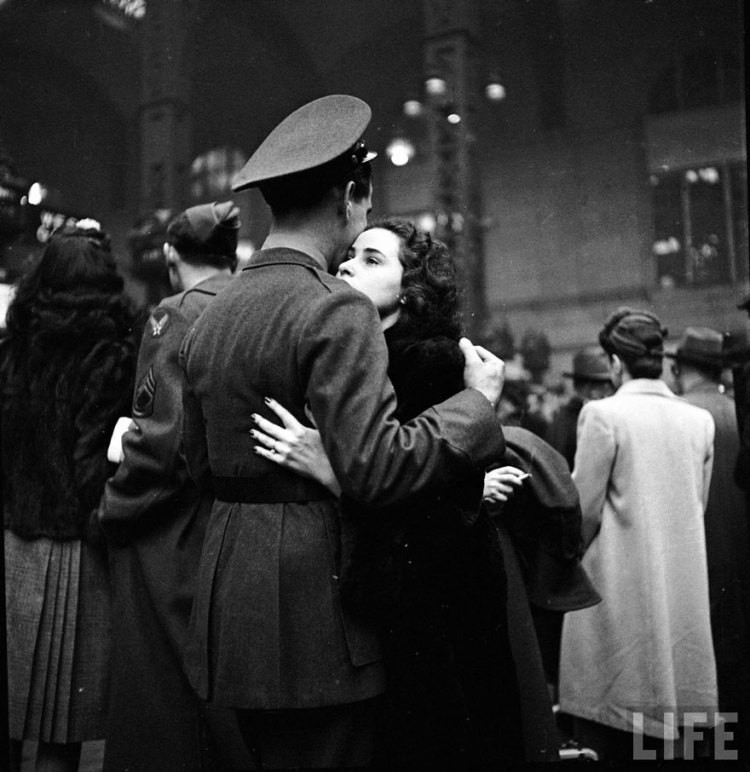 A Woman Leans Over The Railing To Kiss A British Soldier Returning From World War II, London, 1940 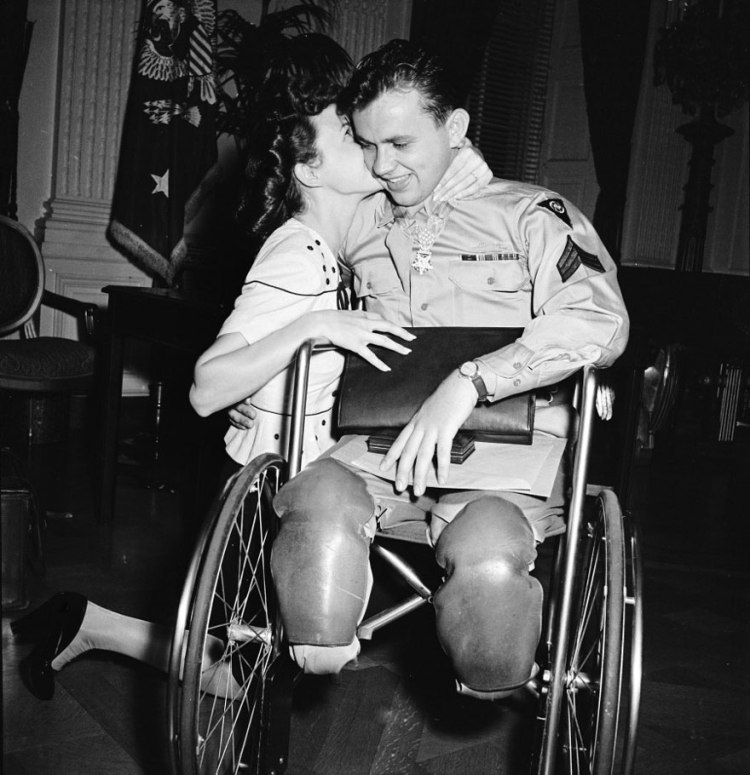 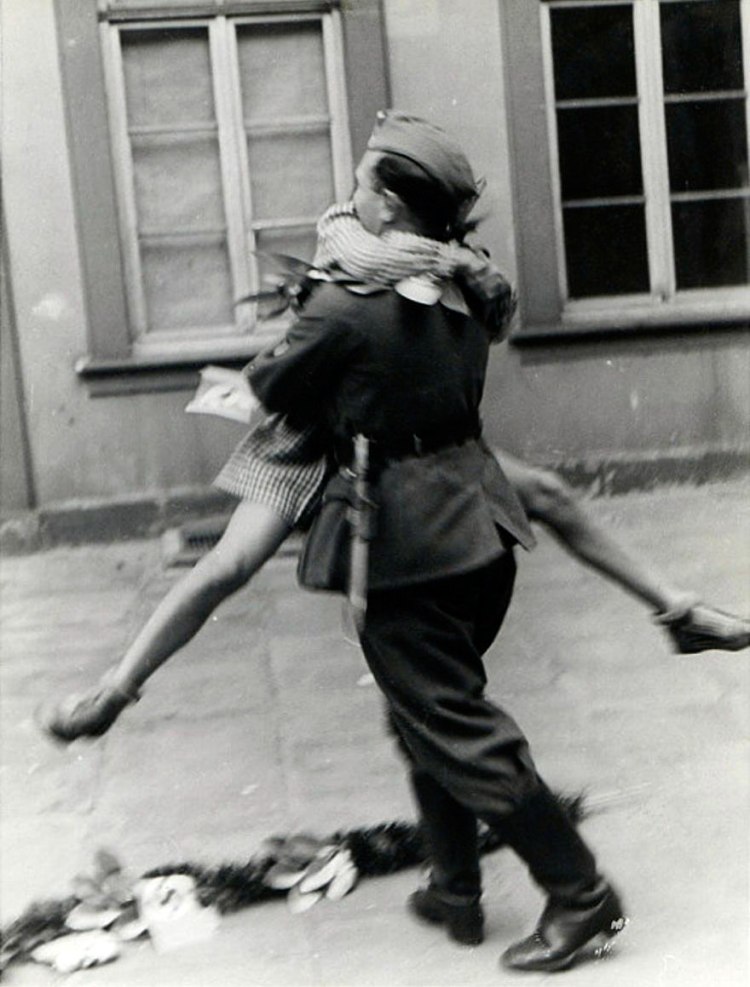 Saying Goodbye At The Train Station Before Departing To WWII 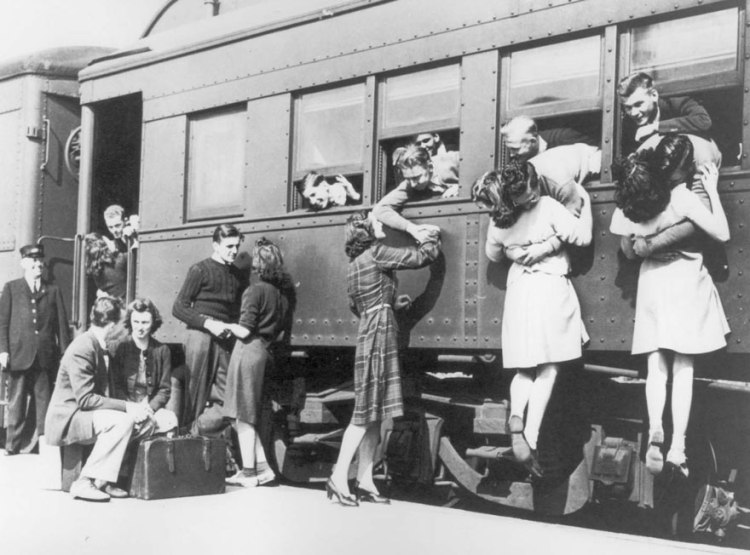 A British Soldier Whispers Into The Ear Of A Loved One As He Leaves For The Front, 1939

Coffee Served On Porch Of Ante-Bellum Mansion, At Party For Cadets From Local Army Flying School, Mississippi, US, 1943

A Young Woman On Roller Skates And Her Soldier Honey, 1940s

A British Soldier Kisses His Wife On His Return From Serving With The Armed Forces, 1945 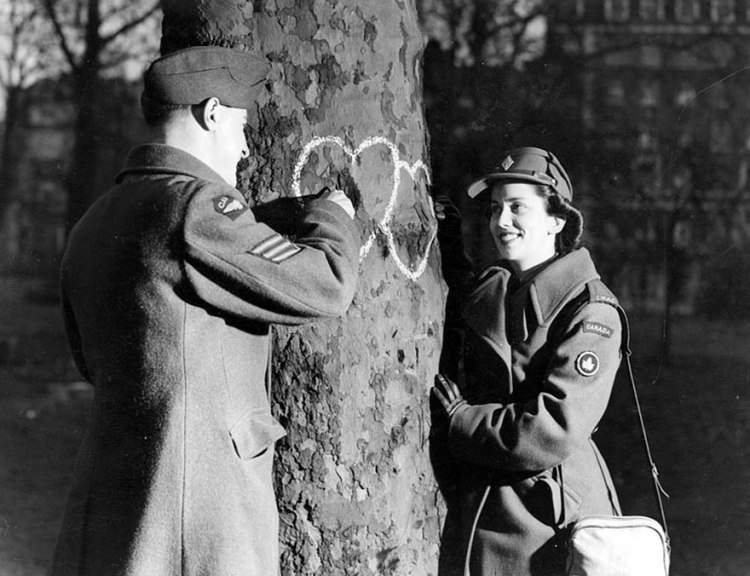