Oskar Speck (1907–1995) was a German canoeist who paddled by folding kayak from Germany to Australia over the period 1932-1939. A Hamburg electrical contractor made unemployed during the Weimar-period Depression, he left Germany to seek work in the Cypriot copper mines, departing from Ulm and travelling south via the Danube. En route, he changed plan and decided to “see the world”, continuing to Australia via the Middle East, India, and Southeast Asia. On his arrival in Australia, shortly after the start of World War II, Speck was interned as an enemy foreigner. He remained in prisoner-of-war camps for the duration of the war. On release, Speck worked as an opal cutter at Lightning Ridge, before moving to Sydney and establishing a successful career as an opal merchant. In later life he lived with his partner, Nancy Steel, in Killcare, New South Wales. 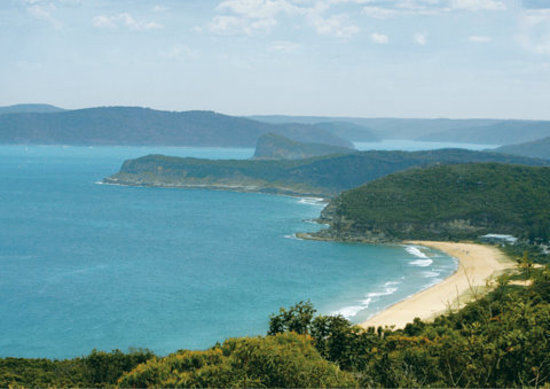 Oskar Speck, an amateur canoeist and unemployed electrician from Ulm, set out to paddle from Germany to Cyprus in May 1932, hoping to find work at a copper mine. Seven years and four months later, on September 20, 1939, he landed on a remote island in the Torres Strait, just off the coast of northern Queensland.

Using two canoes, the first of which was adorned with a swastika, he had travelled more than 30,000 miles.

During his epic voyage Mr Speck was robbed, shot at, hailed as a god and accused of being a Nazi spy, although the extent of his Nazi sympathies is unclear. Belatedly, Sydney’s National Maritime Museum is devoting an exhibition to his strange and dangerous job search.

Mr Speck lost his job as an electrical contractor in Hamburg in 1931. He was desperate to leave Germany, then in the grip of economic depression. “The times in Germany were catastrophic,” he later recalled. “All I wanted was to get out for a while.”

Travelling on a tight budget, with limited supplies of tinned meat, chocolate, cheese and condensed milk, Mr Speck paddled down the Danube and Varda rivers to Bulgaria and Yugoslavia.

After reaching the Mediterranean at Thessalonika in Greece, he hoisted a small sail and island-hopped through the Aegean. The kayak then hugged the coast of Turkey all the way to Cyprus.

By this time, according to the exhibition organisers, the prospect of life in a copper mine was less attractive to the former electrician than a journey into the unknown.

Postponing his job hunt, Mr Speck paddled on to Syria and made his way to the Euphrates river, where he was shot at after refusing hospitality from local tribesmen. Undaunted, he continued to the Persian Gulf, where he had to order a replacement kayak.

In his white pith helmet and khaki shorts, Mr Speck then skirted the west coast of India, around Ceylon, and up the east coast to reach Burma in 1936. He financed his trip by giving lectures along the way, including one to a troop of Boy Scouts in Madras.

Pursued by curious journalists from local newspapers, he proceeded down the west coast of Siam toward Malaya and through the Dutch East Indies. On arriving in Timor, he was beaten up by suspicious locals and suffered a perforated eardrum. Yet such mishaps failed to dampen his enthusiasm for further discovery.

Black and white cine film, taken by Mr Speck during this phase of the journey, shows that he had become a passionate anthropologist.

Timorese villagers are filmed performing a dance with swords; Balinese children use a bow and arrow to spear fish in shallows and New Guinean tribesman are shown killing and eating a large turtle.

In 1939, as Hitler prepared to invade Poland, Mr Speck, who was suffering from bouts of malaria, arrived in Dutch New Guinea. On New Britain, off the east coast of New Guinea, the exhausted German became the subject of cult worship, hailed and feted by locals as a god.

This was to be Mr Speck’s last adventure. Three weeks after war was declared in Europe, he landed on Australian territory. After so much trauma and excitement, Mr Speck’s final destination turned out to be an internment camp for enemy aliens in Victoria.

Although at one point Mr Speck demanded to be placed alongside “fellow National Socialists”, the Speck exhibition curator, Penny Cuthbert, said there was no other evidence that he was a committed Nazi.

“It’s debatable,” said Ms Cuthbert. “His friends have always said he had no sympathy for them.”

On his release, Mr Speck set up a successful opal-dealing business in Sydney. He died in 1995, aged 88, apparently with no regrets.

“Everywhere I went I was surrounded by crowds of people,” he said in a rare interview. “No one had ever seen this type of boat before. But I had no idea in 1932 that I would end up in Australia.”