These are some of the weirder WWII stories. A “Ripley,believe it or not” WWII style blog. Apparently these events all happened but I will leave it up to you to make up your mind. 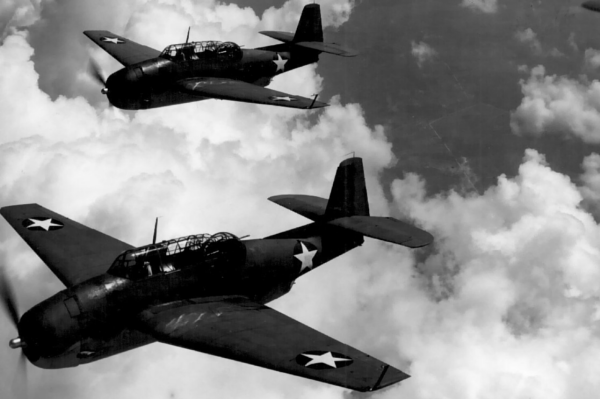 The legend of the Bermuda Triangle still exists (albeit in a lesser capacity) to this day – and Flight 19 was one of the first and most-famous disappearances near the east coast of Florida. On December 5, 1945, – yes technically a few months after the war ended, but it still counts – five TBM Avenger Torpedo bombers – who came to be known as “Flight 19” – and the crew members of a PBM Mariner flying boat sent to find them all disappeared during a US Navy overwater navigation training flight from Naval Air Station Fort Lauderdale, Florida.

In all, 27 men disappeared, presumed dead, including the 14 original airmen. The Navy’s original report into the incident determined that Lieutenant Charles Taylor, who was leading the group, had a habit of getting lost and that he had led the junior members around in circles until they all ran out of fuel. It even alleged that the junior pilots knew where they were, while Taylor didn’t, but they felt compelled to follow their leader further into the Bermuda Triangle instead of back to Florida. This ruling was later changed to “Cause Unknown”, and Navy investigators have since been unable to determine the reason for the disappearance of Flight 19.

No bodies or aircraft have ever been discovered – leading to the legend of the Bermuda Triangle. Many supernatural theories have arisen as a result – could Flight 19 really have been destroyed by some other-worldly force? 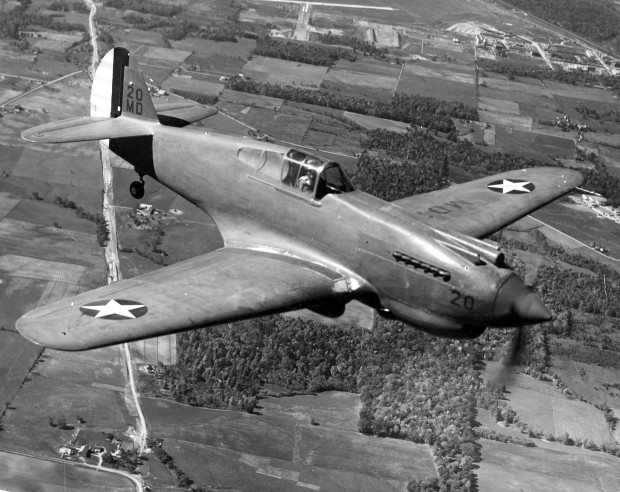 Numerous tales of supposed “ghost planes” spotted during World War II exist, but perhaps the most freaky and spine-tingling is the P-40 fighter that allegedly returned to US soil a full year after the Pearl Harbor attack. On December 8, 1942, US radar picked up an unaccounted-for plane heading straight for American soil from Japan – with many fearing a new type of attack or diversion from the Axis Powers. In order to determine what was happening, two fighter planes flew up alongside the UFO and reported back that it was a P-40 not used since the defence of Pearl Harbor a year previously.

What was even more bizarre was that the landing gear was completely disabled, the plane had bullet holes in the side, and the pilot was covered in fresh blood and slumped forward in his cockpit. The pilot then waved moments before the flight nosedived towards the ground and crash landed. Yet when the wreckage was analysed, there was no trace at all of any pilot – and a diary was discovered that claimed the plane had come from the island of Mindanao, 1,300 miles into the Pacific Ocean.

If the pilot had crash-landed on the island following the Pearl Harbor attack, then how did he survive for a full year, how did he get the plane off the ground without a landing gear, why did he have fresh blood on him, and what happened to his body? Extremely freaky, isn’t it?

A few months after Pearl Harbor, America was pretty on-edge, especially along the west coast. Everyone was scanning sky and sea in fear of another Japanese attack. In fact, a Japanese submarine had shelled the Ellwood oilfield near Santa Barbara in February of 1942. Later that month, the mounting tension exploded into full-blown hysteria. An AWOL weather balloon triggered the initial panic. After that, flares were fired into the night sky, either to illuminate potential threats or signal danger. People saw the flares as more attackers, and a barrage of anti-aircraft fire soon filled the night.

The activity continued for several nights. In the end, the only casualties from the whole affair were three heart attack victims and three dead due to friendly fire. No Japanese aircraft were found, and the Japanese later denied having anything in the air near L.A. at the time.

That’s the official story, at least. At the time, there were claims of a coverup and a bunch of wild theories. The incident was five years prior to the Kenneth Arnold flying saucer report that sparked the U.S. UFO craze, but this is sometimes retroactively described as one of the first major UFO sightings. Newspapers at the time thought the whole thing was orchestrated to drum up support for the war effort by inducing panic. Tight-lipped military reports did little to alleviate concerns – a full public investigation wasn’t performed until 40 years later.

He was the loyal companion of the Dambusters hero whose extraordinary bravery enthralled the nation.

Now ghost hunters believe the spectre of the Dambusters’ canine mascot is still faithfully guarding his master’s old quarters.They are convinced that the wraiths of both Wing Commander Guy Gibson and his chocolate–coloured Labrador haunt the remote airfield from which the audacious raid was launched.

The Labrador’s name was used as a code word whenever one of Germany’s Ruhr Dams was breached during the mission.

Tragically, he had been run over and killed outside the base just hours before the raid and, fearing it was a bad omen, heartbroken Gibson ordered the death to be kept secret and the dog to be buried quickly outside his office next to the squadron hangar.

Gibson himself returned from the mission and was awarded the Victoria Cross for his bravery, but was later killed in 1944, when his Mosquito crashed in Holland during a raid.

In 1942, a blimp took off from Treasure Island in the Bay Area on a submarine-spotting mission with a two-man crew. A few hours later, it came back to land and crashed into a house in Daly City. Everything on board was in its proper place; no emergency gear had been used. But the crew? The crew was gone. They were never found.