One of the Christmas presents I got  from Santa ,a few years ago  was a book by Robert Harris called “Fatherland”

It is an alternate history detective story novel Set in a universe where Nazi Germany won World War II, the story’s lead protagonist is an SS officer investigating the murder of Joseph Bühler. The book is set in 1964, my curiosity urged me to do some research on Joseph Bühler.

Josef Bühler (16 February 1904 – 22 August 1948) was a secretary and deputy governor to the Nazi-controlled General Government in Kraków during World War II. 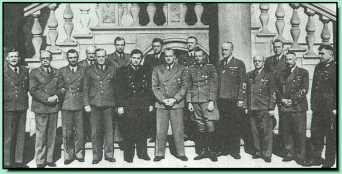 Bühler was born in Bad Waldsee into a Catholic family of 12 children, his father being a baker

Dr. Josef Bühler joined the NSDAP  in 1922. He was one of the members of the attempted Nazi putsch in Munich on November 9, 1923.

Buhler worked as a lawyer in partnership with Dr. Hans Frank, who was Adolf Hitler’s attorney. When the Nazis came to power, Buhler was appointed Deputy President of the Academy of German Law.

In 1938 Hans Frank, now Reich Minister without portfolio, put Bühler in charge of his cabinet office. After the invasion of Poland by Nazi Germany in September 1939, Frank was appointed Governor-General for the occupied Polish territories and Bühler accompanied him to Kraków to take up the post of State Secretary of the General Government, also serving as Frank’s deputy. He was given the honorary rank of SS-Brigadeführer by Reichsführer-SS Heinrich Himmler around this time.

Bühler attended the Wannsee Conference on 20 January 1942 as the representative from the Governor-General’s office. During this conference – which discussed the imposition of the ‘Final Solution of the Jewish Question in the German Sphere of Influence in Europe’ – Bühler stated to the other conference attendees the importance of solving ‘the Jewish Question in the General Government as quickly as possible’ 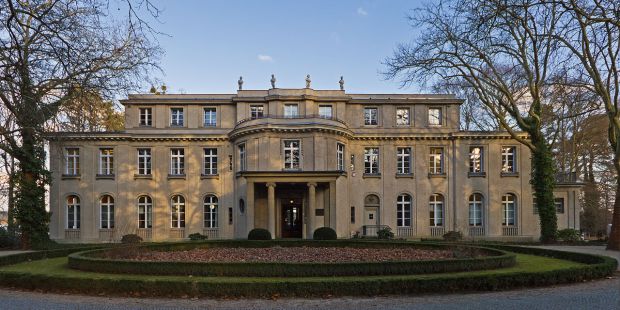 After the war, Bühler testified on Frank’s behalf at the Nuremberg Trials. He was later extradited to Poland and tried before the Supreme National Tribunal of Poland for crimes against humanity, sentenced to death and the forfeiture of all property on 10 July 1948, and executed in Kraków. His death was announced 22 August by Polish authorities and noted in the New York Times the following day.