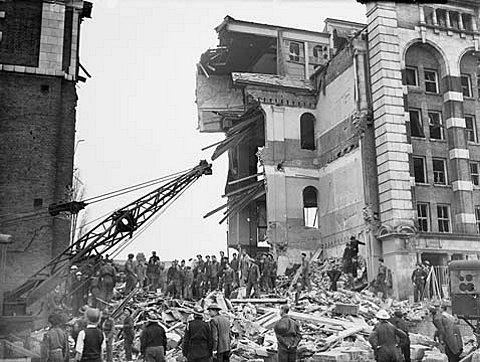 The bombing of Sandhurst Road School occurred during an air raid on Wednesday, 20 January 1943 when the school on Minard Road, Catford, south east London was seriously damaged. A German fighter-bomber dropped a single 500 kg (1,100 lb) bomb on the school at 12.30 pm, killing 38 children (32 killed at the school and 6 more died in hospital) and 6 staff and injuring another 60 people. Many were buried for hours under the rubble.

The German attack was part of a raid by 28 Focke-Wulf Fw 190A-4U3 fighter-bombers escorted by Messerschmitt Bf 109 fighters, which took off at noon from an airfield in German-occupied France. 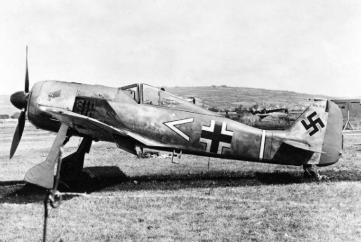 The planes were to attack any targets of opportunity in what the Germans called a Terrorangriff (“terror raid”).The German pilot who attacked the school was Hauptmann Heinz Schumann from Jagdgeschwader 2. He was flying a Focke-Wulf Fw 190A-4 carrying a single 500 kg SC 500 bomb. 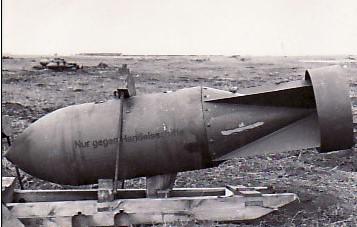 It is debated whether Schumann deliberately targeted the school, or simply attacked what looked like a large factory (the school was several stories high).

Due to inefficiencies of the warning system, the air raid siren had not sounded by the time the German planes arrived. Many children were having their lunch and the attack destroyed the area of the school where they were eating. Witness reports suggest the attacking planes first flew past the school and then bombed it on a second run.Another plane is alleged to have also strafed the playground and local streets. In the same raid four barrage balloon sites were destroyed in Lewisham, a large gas holder in Sydenham was set alight, a Deptford power station suffered three direct hits, and the President’s House at the Royal Naval College, Greenwich.

The bomb killed (either immediately or later in hospital) 24 pupils and 2 teachers in the dining room. Five more children were killed on a staircase and nine in second floor classrooms. The blast also destroyed the staff room killing three teachers and another was killed in a science room. Roughly 60 others were injured. The teachers who died were: Mrs Connie Taylor, Mrs Ethel Betts, Mrs Virginia Carr, Miss Mary Jukes, Miss Gladys Knowelden and Miss Harriet Langdon. 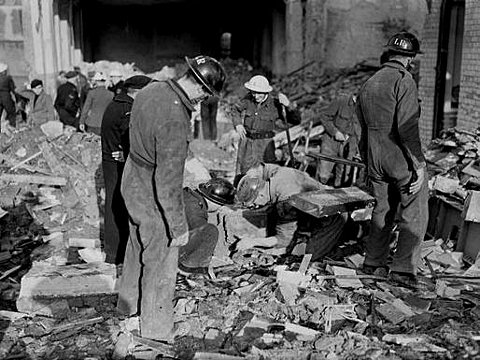 Of the 38 children and 6 teachers killed by the bombing, 31 children and 1 teacher were buried together at Hither Green Cemetery in a civilian war dead plot. The mass grave has a rectangular stone surround that contains a raised tablet with inscription. The burial was conducted by the Bishop of Southwark Bertram Simpson, and over 7,000 mourners attended The school now has both a stained glass window and a memorial garden commemorating the event.

One thought on “The Luftwaffe Bombing of Sandhurst Road School”