Conditions worsened for the Jews of Libya after the passage of Italy’s Manifesto of Race in 1938.

Following the German intervention in 1941, some of the Jews of Libya were sent to camps in continental Europe, where those who survived stayed until the end of World War 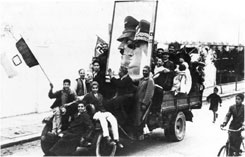 Italian Libya had two large Jewish communities, one in the western district of Tripolitania, and mainly in its capital Tripoli, and the other in the eastern district of Barka (Cyrenaica) and its capital Benghazi. During the Holocaust hundreds of Jews died of starvation.With approximately 40,000 Jews living in Libya before the war, as a result of the later Jewish exodus from Arab and Muslim countries, there are few to no Jews left in the country today.

Jadu(aka Jado) was the site of an Italian concentration camp during the Second World War.In 1942, about 2,000 Jews  and other peoples, who were considered undesirables, were rounded up throughout Libya and sent to the Jadu camp. 564 died from typhus and other privations.The camp was liberated by the British Army in January 1943The majority of the Jewish community in Cyrenaica was sent to the Jado concentration camp, approximately 240 km (150 mi) south of Tripoli.

The prosperous urban community was crammed into booths in an old military camp that had been converted into a concentration camp. The health and sanitation conditions were terrible, and many of the Jews suffered from malnutrition. The camp was run by Italian officers, headed by the anti-Semitic Ettore Bastico, who supplied the detainees with just 100-150 grams of bread a day, aside a small weekly supply of food. 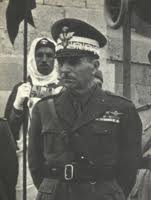 The Jews were in charge of distributing this insufficient food supply. After many rejections of the requests of Jewish leaders to increase the supply, the camp officers allowed Arab merchants to sell basic food. They sold it at a high price and few could afford it. After further requests, they were allowed to receive aid from Tripoli.

Rabbi Frigia Zuaretz requested permission to set up a synagogue in the camp, and was allocated one of the booths.

At the first death in the community, the community leaders wanted to bury him. They found a Jewish cemetery from the 18th century and buried the dead- in numbers that grew every day, mainly due to malnutrition and the spread of typhus.

In January 1943, a few days before the Allies conquered the camp, all the prisoners were called to the plaza and brought before armed soldiers, and it was believed that the order to shoot would come at any moment. The order wasn’t carried out. After a few days the camp’s officers retreated and some of the prisoners escaped. When the British arrived, they found the Jews in an unstable and disorganized state. In March of that year, the British military Rabbi Orbach visited, and received permission to send 60 Jews to Palestine. The camp survivors were sent at first to Tripoli, where they became a burden on the local community, until October 1943 when most of the survivors moved to Benghazi. The community never returned to what it was before, and few managed to return to economic stability. Close to 600 out of the 2600 Jewish residents of the Benghazi camp perished.