“If war with the Japanese does come, we’ll fight mercilessly,” General George C. Marshall told news reporters in an off-the-record briefing on November 15, 1941, three weeks before Pearl Harbor. “Flying Fortresses will be dispatched immediately to set the paper cities of Japan on fire. There won’t be any hesitation about bombing civilians—it will be all-out.”  More than three years of brutal global warfare would pass before Marshall’s prediction came true, but come true it did on the night of March 9-10, 1945.

An aerial armada of 334 B-29 bombers took off from newly established bases in the Mariana Islands, bound for Tokyo. In the space of a few hours, they dropped 1,667 tons of napalm-filled incendiary bombs on the Japanese capital, killing more than 100,000 people in a single strike, and injuring several times that number. It was the highest death toll of any air raid during the war, including Hiroshima and Nagasaki. By comparison, the bombing of Dresden a month earlier had resulted in around 25,000 deaths. 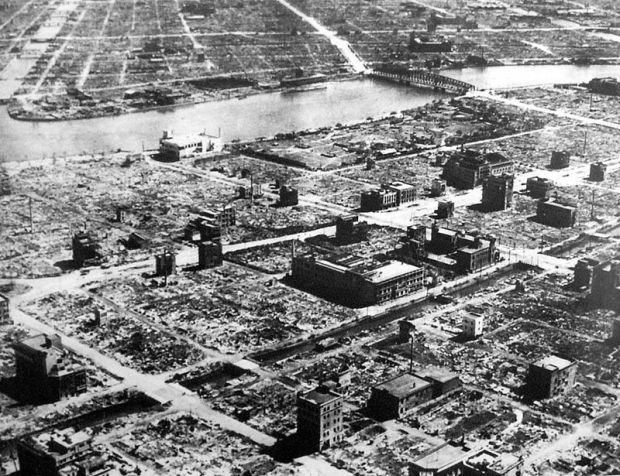 The March 9 raid, code-named “Operation Meetinghouse,” marked a shift in American bombing strategy. It wasn’t B-17 Flying Fortresses that did the job, as Marshall had predicted, but the new long-distance B-29s based in Saipan and Tinian. 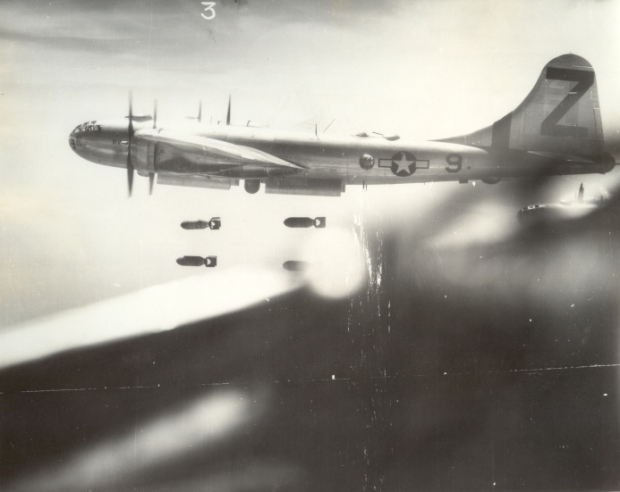 General Curtis LeMay, newly appointed as the head of B-29 operations, called for a change in tactics. 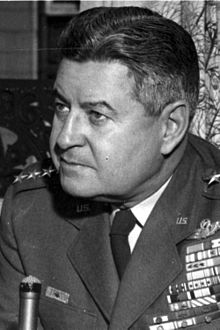 The high-flying bombers had shown themselves on their first missions to be horribly inaccurate in hitting their targets. At a time when the jet stream was still poorly understood, B-29 crews watched as the high winds at 30,000 feet scattered their bombs as soon as they dropped. That, and the frequent cloud cover over Japan, had led to B-29s hitting their targets, on average, less than 10 percent of the time.

For the March 9 raid on Tokyo, LeMay made some key changes. The B-29s would overfly the city’s most densely populated areas at 7,000 feet instead of 30,000 feet, in single file rather than in formation. To reduce the risk from Japanese fighters, they would raid at night (in fact the American bombers met with little resistance). And the B-29s would be stripped of nonessentials, including guns and gunners, to make room for more bombs. “By changing tactics and doubling the bombload per plane,” wrote historian Thomas Searle, LeMay created “a force capable of starting enormous firestorms.
U.S. planners knew the wooden Japanese buildings would burn hot. Army engineers had prepared maps of Tokyo’s most flammable sectors, and had observed Japanese-style houses put to the torch in a mock “Japanese village” constructed at the Dugway Proving Ground in Utah 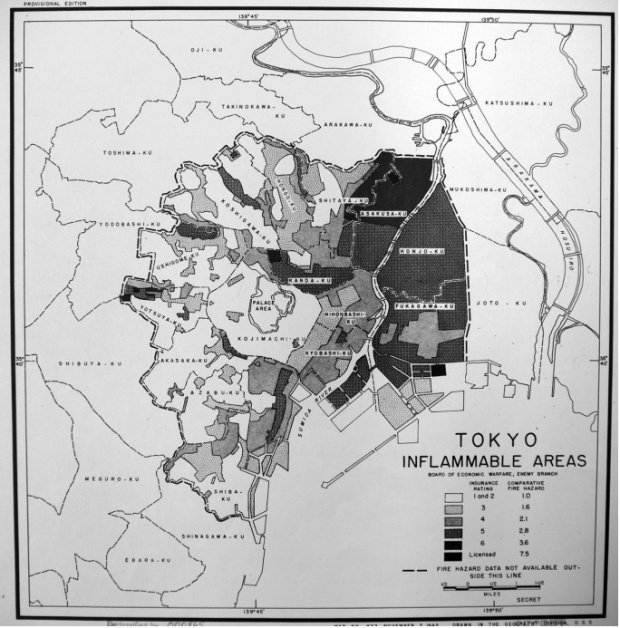 On the night of the Tokyo raid, 15 square miles of one of the world’s most densely populated urban centers—equivalent to half the area of Manhattan—burned to the ground. More than a million people were left homeless. As historian John Dower described in his 1986 book War Without Mercy, “The heat from the conflagration was so intense that in some places canals boiled, metal melted, and buildings and human beings burst spontaneously into flames.” 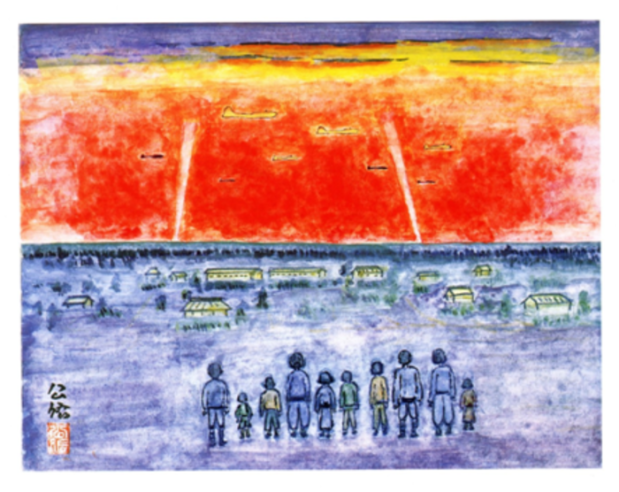 The Umaya Bridge on the Night of March 10Artist: Fukushima YasusukeLocation: Umaya BridgeAge at time of raid: 6

For Japan, it was a grisly beginning to the war’s end. According to a postwar U.S. estimate, total civilian casualties in Japan as a result of nine months of air attack were about 806,000, including 330,000 deaths—more than the 780,000 combat casualties suffered by Japanese soldiers