When standing at attention for a long time, once the musical director gives the sign, the horn may be placed under the right arm’ These and other strict instructions applied to playing the Nationale Jeugdstorm (NJS, National Youth Storm) trumpet.

With the Hitlerjugend  (Hitler Youth Movement) in Germany as their example, the Dutch Nazi Party (NSB) established the NJS, a Dutch youth movement for ten to eighteen year olds. Sports, games and entertainment went hand-in-hand with physical training and preparation for military service.

National Socialist principles and admiration for Mussert and Hitler were key. Music played an important role, especially to add lustre to the many parades and marches. Practically every chapter had its own band. Just like in the NSB, discipline and obedience ruled. Every member was required to react without delay to different trumpet signals: to rise to one’s feet, to assemble or when a fire broke out. Almost all the youngsters were children of NSB members. During the war, membership in the NJS grew to more than 12,000. 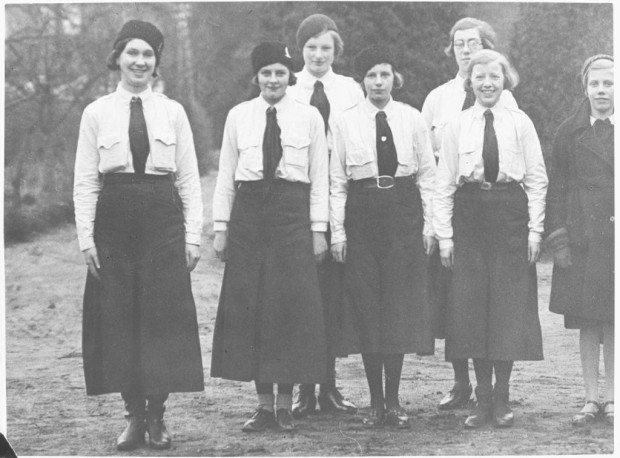 Once they reached the age of 18 they seamlessly enrolled into either the Waffen SS or the ” Nederlandse Arbeidsdienst” Dutch labor service.