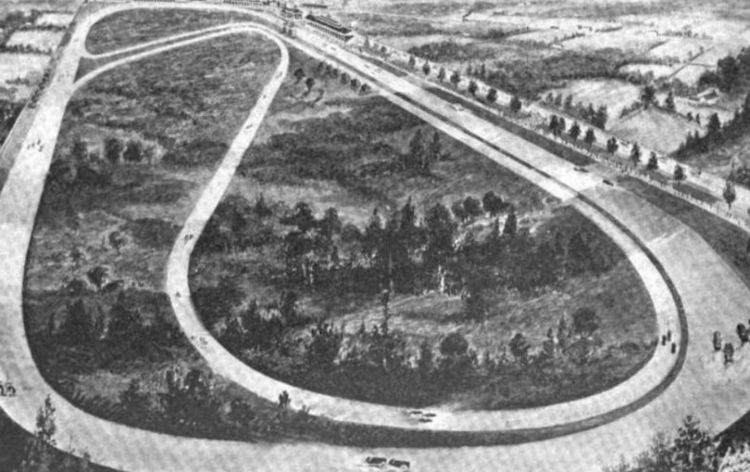 Indianapolis businessman Carl G. Fisher first envisioned building the speedway in 1905 after assisting friends racing in France and seeing that Europe held the upper hand in automobile design and craftsmanship. Fisher began thinking of a better means of testing cars before delivering them to consumers. At the time, racing was just getting started on horse tracks and public roads. Fisher noticed how dangerous and ill-suited the makeshift courses were for racing and testing. He also argued that spectators did not get their money’s worth, as they were only able to get a brief glimpse of cars speeding down a linear road. 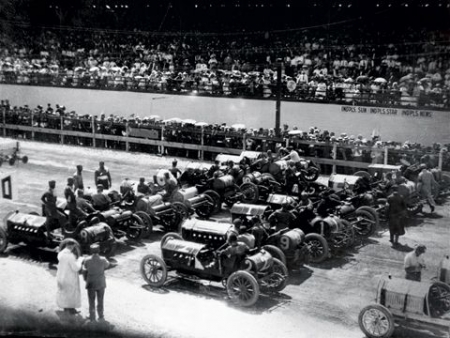 Built on 328 acres of farmland five miles northwest of Indianapolis, Indiana, the speedway was started by local businessmen as a testing facility for Indiana’s growing automobile industry. The idea was that occasional races at the track would pit cars from different manufacturers against each other. After seeing what these cars could do, spectators would presumably head down to the showroom of their choice to get a closer look. 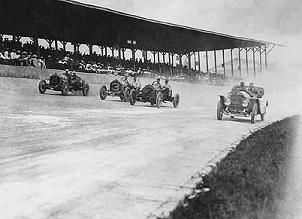 The rectangular two-and-a-half-mile track linked four turns, each exactly 440 yards from start to finish, by two long and two short straight sections. In that first five-mile race on August 19, 1909, 12,000 spectators watched Austrian engineer Louis Schwitzer win with an average speed of 57.4 miles per hour. The track’s surface of crushed rock and tar proved a disaster, breaking up in a number of places and causing the deaths of two drivers, two mechanics and two spectators.

The surface was soon replaced with 3.2 million paving bricks, laid in a bed of sand and fixed with mortar. Dubbed “The Brickyard,” the speedway reopened in December 1909. In 1911, low attendance led the track’s owners to make a crucial decision: Instead of shorter races, they resolved to focus on a single, longer event each year, for a much larger prize. That May 30 marked the debut of the Indy 500–a grueling 500-mile race that was an immediate hit with audiences and drew press attention from all over the country.

Since 1911, the Indianapolis 500 has been held every year, with the exception of 1917-18 and 1942-45, when the United States was involved in the two world wars. With an average crowd of 400,000, the Indy 500 is the best-attended event in U.S. sports. In 1936, asphalt was used for the first time to cover the rougher parts of the track, and by 1941 most of the track was paved. The last of the speedway’s original bricks were covered in 1961, except for a three-foot line of bricks left exposed at the start-finish line as a nostalgic reminder of the track’s history.