In this blog mug shots of extremely dangerous criminals, well not really. They are actually pictures of celebrities after they were arrested for relatively minor offences. Some I expected but others were a surprise to me like the mug shot above of Larry King arrested in Miami, Florida on charges of grand larceny after stealing $5,000 from a business partner. December 20, 1971.

Arrested for driving without a license and failing to stop at a stop sign. December 13, 1977. 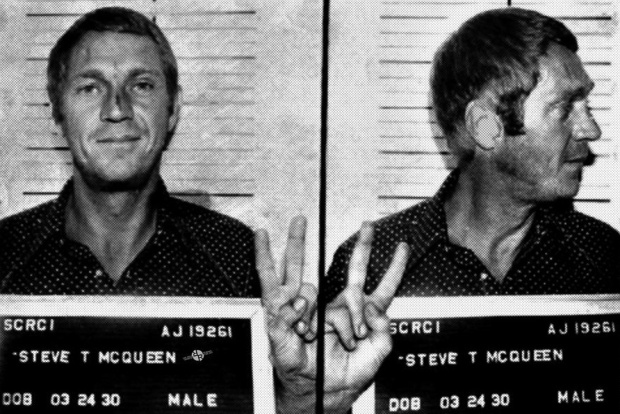 Arrested for arrest for drunk driving and speeding on in Anchorage, Alaska. June 22, 1972. 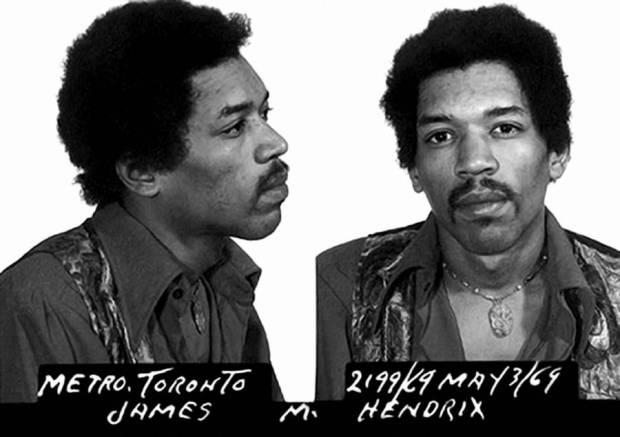 Arrested for narcotics possession at Toronto International Airport. May 3, 1969.

Arrested for drug smuggling and kicking a policeman during the scuffle at an airport in Cleveland, Ohio. November 3, 1970.

However, the actress/antiwar activist was only carrying vitamins, not illegal drugs, and insists that she was targeted by the Nixon White House because of her anti-establishment political convictions.

Arrested along with Rolling Stones bandmate Keith Richards for attacking a paparazzo and obstructing a police officer who intervened in Warwick, Rhode Island. July 18, 1972.

Arrested in Hackensack, New Jersey on charges of adultery and seduction for “carrying on with a married woman.” November 26, 1938.

Several years before he became the frontman of The Doors, Morrison was arrested in Tallahassee, Florida and charged with petty larceny, public intoxication, disturbing the peace, and resisting arrest after drunkenly stealing a cop’s helmet and then not going quietly once he was caught. September 28, 1963.

Arrested for his role in the boycott of segregated buses in Montgomery, Alabama. February 24, 1956. 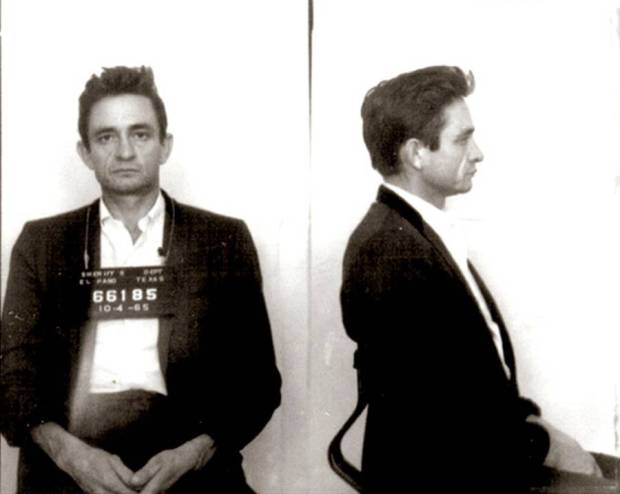 Arrested in El Paso, Texas for carrying hundreds of pep pills and tranquilizers in his luggage across the border as he returned from a trip to Juarez, Mexico. October 4, 1965.

Arrested for her role in the boycott of segregated buses in Montgomery, Alabama. February 22, 1956

Arrested after a performance in Rochester, New York along with three other people (including fellow musician Iggy Pop) for marijuana possession. March 25, 1976.

Arrested in Aberdeen, Washington for trespassing onto the roof of an abandoned warehouse while intoxicated. May 25, 1986