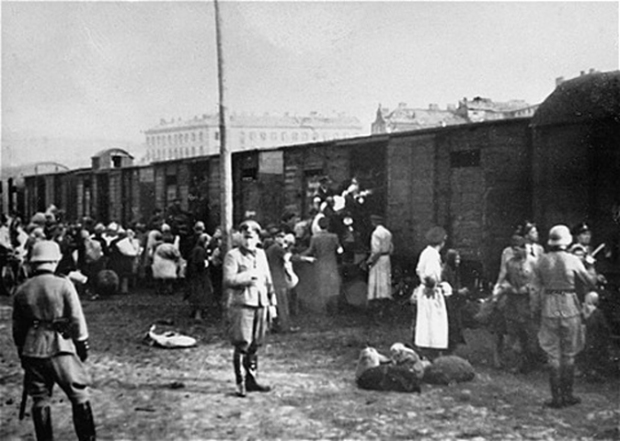 The title might sound very cold and calculated but the fact is in order to facilitate the mass deportation the Nazis applied very efficient and sophisticated supply chain management principles.

In commerce, supply chain management (SCM), the management of the flow of goods and services,however they were the same principles used during the Holocaust.

Crucial to this was the involvement of the Reich Ministry of Transport. 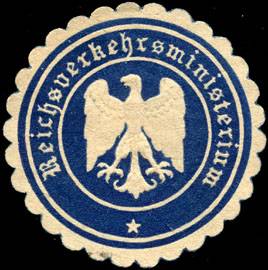 Between Feb 2, 1937 and May 23, 1945 the head of the ministry was Julius Heinrich Dorpmueller, although initially not a member of the NSDAP he did join the party in January 1941. 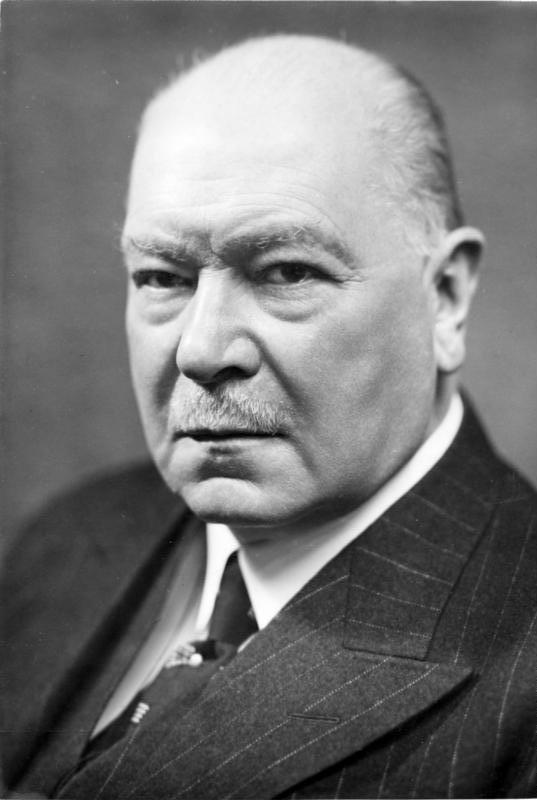 After the Nazi seizure of power Dorpmüller replaced nearly all “non-Aryan” workers with National Socialists. Dorpmüller became Reich Transport Minister on 2 February 1937 after the resignation of his predecessor Paul Freiherr von Eltz-Rübenach. In April 1938, when a Berlin train stopped in Passau, Dorpmüller was ceremonially welcomed and escorted to the Danube, where he continued his trip to Linz and Vienna on board the Austrian Wotan.

On 11 July 1939  was confirmed as transport minister and also General Manager of the Deutsche Reichsbahn.

According to Albert Speer, Dorpmüller confessed that “The Reichsbahn has so few cars and locomotives available for the German area that it can no longer assume responsibility for meeting the most urgent transportation needs.” Speer then convinced Hitler to name Albert Ganzenmüller state secretary under Dorpmüller 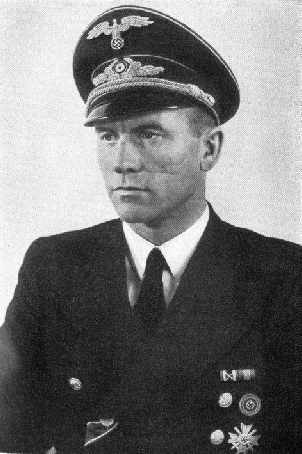 To solve the problem of having too few cars and locomotives the Reich Ministry of Transport took over state railways from occupied territories but also privately owned railways.

In early 1940, a new unit was commissioned in the RVM Rail Operations Department E II: No. 21 Massenbeförderung or “Mass Transport”. It was responsible for the organization and timetables of special trains deporting Jews from Germany and the occupied territories, working closely with the SS Reich Main Security Office. Following the Wansee Conference in 1942, transports also began running directly to the extermination camps.As a result, the RVM became responsible for a substantial part of The Holocaust and was an essential component that made its full scale possible.

There is no record that Minister Dorpmüller ever considered the moral implications of this. So long as the Reichsbahn maintained its internal autonomy, he served whatever transport requirements the regime demanded. He was considered one-dimensional, only interested in running railroad

Ganzenmüller was immediately involved in the organisation of trains for deportation. He collaborated in the transportation scheme for elderly German Jews to Theresienstadt and ensured the smooth running of transport to the extermination camps set up under Operation Reinhardt. On 16 July 1942, Karl Wolff, the Personal Adjutant to Heinrich Himmler, complained to the newly appointed under-secretary about irregular transport and track repairs on the line to the extermination camp at Sobibor. Ganzenmüller replied in writing on 28 July 1942 as follows: 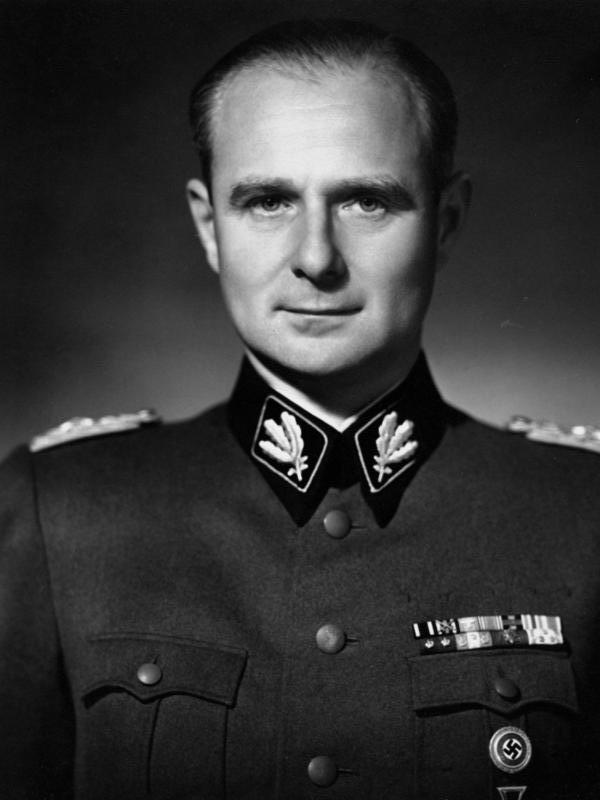 A train carrying 5,000 Jews has run daily since 22 July from Warsaw to Treblinka via Malkinia; furthermore, another train has run twice a week with 5,000 Jews from Przemysl to Belzec. The senior management of the eastern division of the railways, ‘Gedob’ (Generaldirektion der Ostbahnen), is in constant touch with the security service (Sicherheitsdienst) in Krakau. The latter is in agreement that transport from Warsaw to Sobibor via Lublin should continue while the reconstruction work on this stretch renders such movements impossible ([until] approximately October 1942).

Karl Wolff thanked him on 13 August 1942 in a personal letter:

… I note with particular pleasure from your communication that a train with 5,000 members of the chosen race has been running daily for 14 days and that we are accordingly in a position to continue with this population movement at an accelerated pace. […]

At the beginning of 1943, Himmler approached Ganzenmüller directly in order to ensure the pending “removal of Jews” to the Auschwitz concentration camp.

The great Frankfurt Market Hall  played a significant role as a distribution center during  the Holocaust. 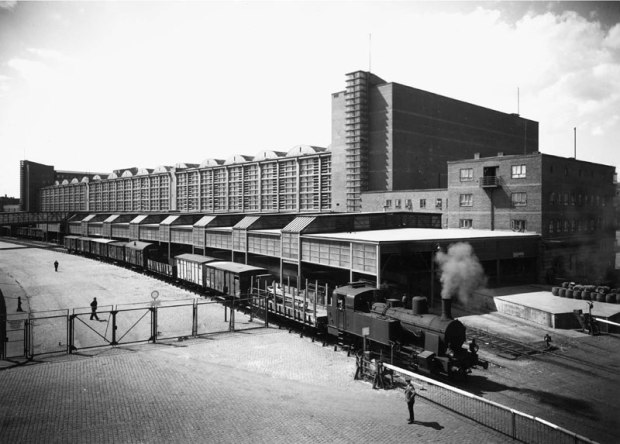 On 1 January 2005, the City of Frankfurt transferred the Großmarkthalle and its area to the European Central Bank (the sale contract had been signed in 2002), which will erect its seat there.

There is a very little information on the role of the drivers of the trains. They must have had some indication to what happened to the passengers. There is one account though of a heroic driver.

On the 19th of April 1943 a  train of Transport 20, bound from Belgium for Auschwitz with 1,631 Jewish men, women, and children, as well as a Sonderwagen with 19 resistance members and escapees from previous transports (who were marked a cross painted in red, indicating that they should be executed immediately at Auschwitz), was stopped on the tracks in Belgium  Youra Livchitz, 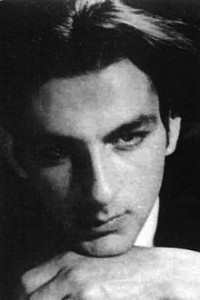 a young Jewish doctor and resistance fighter, and two non-Jewish comrades, Robert Maistriau and Jean Franklemon, who carried only one pistol and a red lantern among them. They successfully signaled the train to a halt, then opened one rail car and liberated 17 people while firing on the guards to create an impression of being a large attack group. Soon they themselves were driven off by gunfire, but because the train driver, Albert Dumon, deliberately drove very slowly and stopped frequently to allow people to jump without being injured or killed, 236 in all escaped, 115 without being killed or recaptured. Dr. Livchitz was arrested by the Gestapo one month later, but managed to overpower his guard and escape; he was rearrested in June and executed by firing squad the following year. His two compatriots in the train rescue survived the war. The entire Transport 20 delivered 25,257 Jews and 352 Roma to Auschwitz, of whom only 1,205 returned home alive. 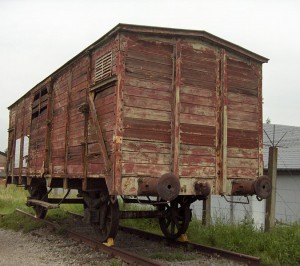