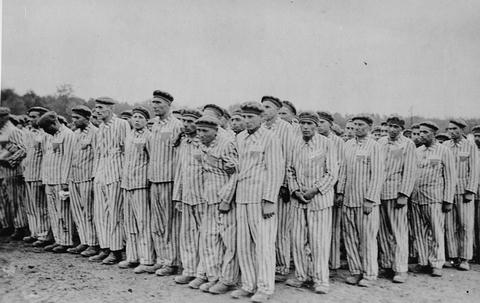 On October, 1  1944, the first of two sets of medical experiments involving castration were performed on homosexuals at the Buchenwald concentration camp, near Weimar, Germany.

Buchenwald was one of the first concentration camps established by the Nazi regime. Constructed in 1937, it was a complement to camps north (Sachsenhausen) and south (Dachau), and was built to hold slave laborers, who worked in local munitions factories 24 hours a day, in 12-hour shifts. 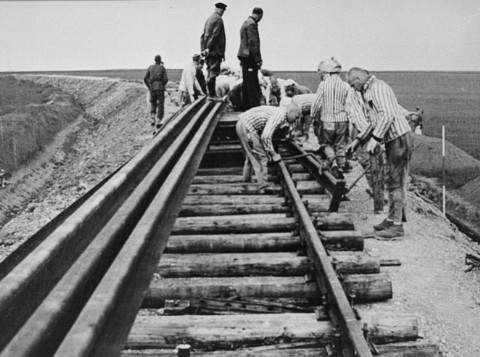 Although not technically a death camp, in that it had no gas chambers, nevertheless hundreds of prisoners died monthly, from malnutrition, beatings, disease, and executions.

The camp boasted a sophisticated-sounding facility on its grounds called the Division for Typhus and Virus Research of the Hygiene Institute of the Waffen SS. In truth, it was a chamber of horrors where medical experiments of the cruelest kind were carried out on prisoners against their will. Victims were often intentionally infused with various infections to test out vaccines. Euthanasia was also performed regularly on Jews, Gypsies, and mentally ill prisoners.

Among the cruelest of Buchenwald’s overseers was the infamous Ilse Koch, wife of SS commandant Karl Koch and known as the “Witch of Buchenwald.”

The SS left behind accounts of the number of prisoners and people coming to and leaving the camp, categorizing those leaving them by release, transfer, or death. These accounts are one of the sources of estimates for the number of deaths in Buchenwald. According to SS documents, 33,462 died. These documents were not, however, necessarily accurate: Among those executed before 1944, many were listed as “transferred to the Gestapo”. Furthermore, from 1941, Soviet POWs were executed in mass killings. Arriving prisoners selected for execution were not entered into the camp register and therefore were not among the 33,462 dead listed.

One former Buchenwald prisoner, Armin Walter, calculated the number of executions by the number of shootings in the back of the head. His job at Buchenwald was to set up and care for a radio installation at the facility where people were executed; he counted the numbers, which arrived by telex, and hid the information. He says that 8,483 Soviet prisoners of war were shot in this manner.

According to the same source, the total number of deaths at Buchenwald is estimated at 56,545. This number is the sum of:

This total (56,545) corresponds to a death rate of 24 percent, assuming that the number of persons passing through the camp according to documents left by the SS, 240,000 prisoners, is accurate

Buchenwald was liberated by the Allies on April 11, 1945, one day before the death of President Franklin Roosevelt. It was later used by the Soviet Union as a concentration camp for the enemies of East Germany.