Hugo Jaeger’s photographs normally celebrated the “glory and triumphalism” of the Third Reich. But in this set, he depicts the tragic circumstances of Jews. What his reasons were are not clear, was it compassion or just another bit of propaganda? 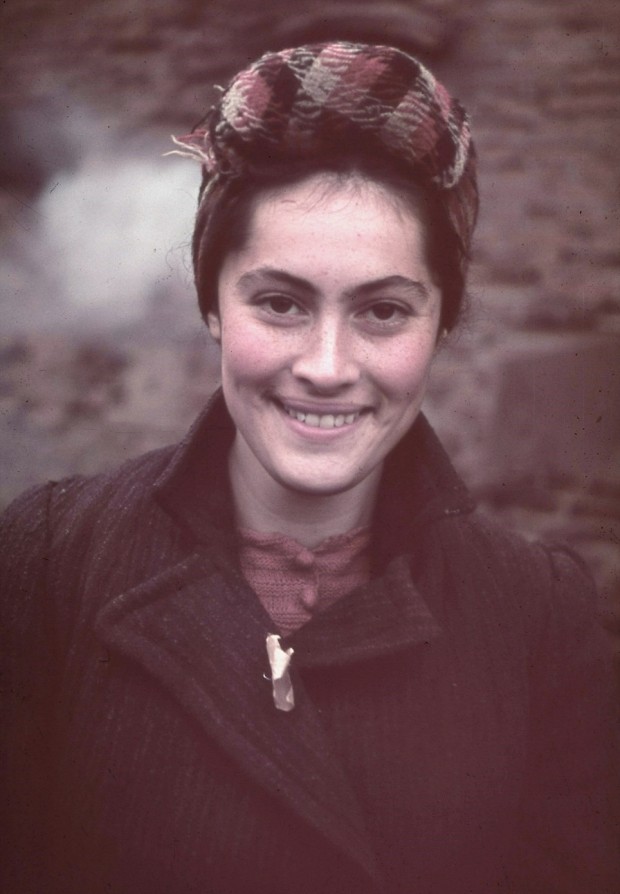 An elderly man with a yellow Star of David fixed to his chest, speaks with German officers as he and other Jews are being rounded up in Kutno, German-occupied Poland in 1939. The German officers appear to be sneering at him. 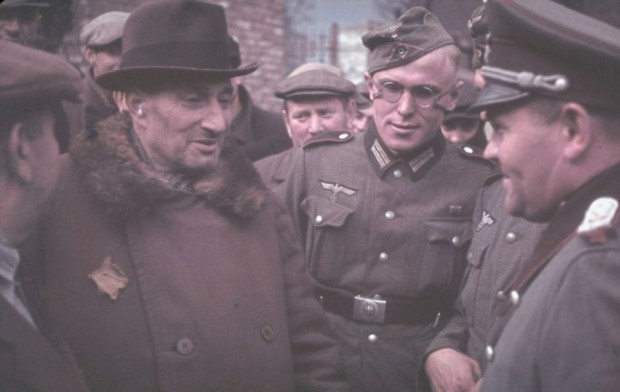 With their clean clothes and hair neatly coiffured, these three young women do not, at first glance, appear anything like Jaeger’s other subjects. But look closer and you find a star of David on the coat of the girl on the left 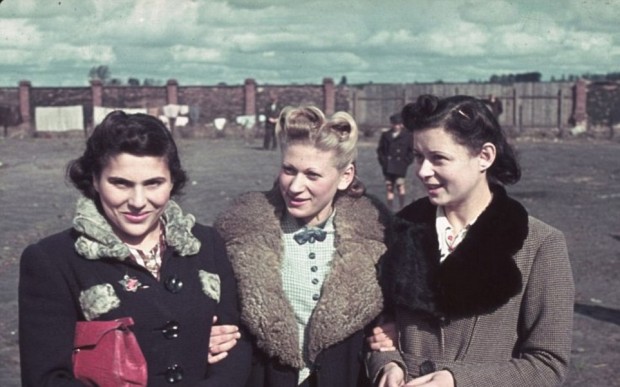 Ghetto boys in their tattered rags. The two boys smile for the camera, but the man in the centre, most probably their father, has a look of distrust etched across his face. 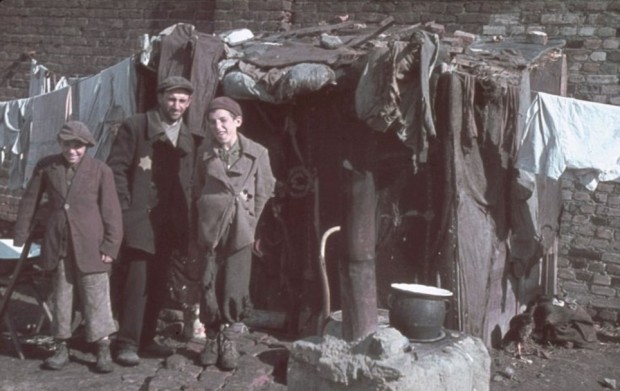