This is a historical blog however not  so much about a big historical event but more a personal historical tale, which I was reminded of today.

In 1991 hardly anyone had heard about Andre Rieu, I know I didn’t. My Mother was getting remarried and I had told her that I would pay for the music on her wedding day. Not knowing that this would be more difficult then I had envisaged.

I tried to call may bands, all the local bands were booked for the date. I decided to look further afield for the night’s entertainment. I opened up the Golden Pages and went to the section of musicians/entertainers. Most of the names in the section I had already contacted or they were just too far away.

I spotted one name though I hadn’t approached yet and he lived also only10 miles away from my hometown. The name was Andre Rieu, nothing else, no full page ad, no bells and whistles, just a name and telephone number, not even an indication what kind of music he did or if he even was a musician, just a name and number 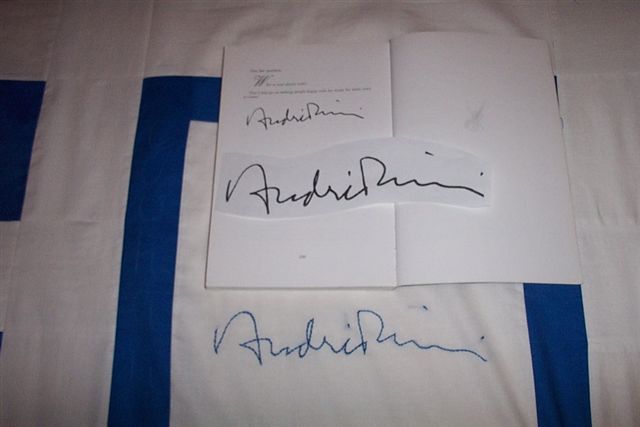 I tried ringing several times but to no avail, no answer machine, it just rang out.

This left me with no music. Luckily one of the bands I had contacted, had a cancellation and was able to book them for the wedding.

What a story it would have been though if I had booked Andre Rieu for my Mother’s wedding.

My story with Andre Rieu doesn’t stop there though.

In July 2015 I had the pleasure to see the great man live in Maastricht.

How that came about is quite magical and it involved my other parent, my Father.

He passed away on June 27 2017, his funeral was on July the 2nd. My siblings and I had decided that the day after his funeral we would go to his birth place, Maastricht, to remember him and to celebrate his life.

We’d go by train so no one had to drive in an emotional state. The train journey was only 25 minutes anyway.The plan was to have a drink or 2, have a bite to eat and do a bit of shopping.

Not realizing that Andre Rieu was staring his first of 7 concerts that day in Maastricht.

While we were going about fulfilling our plans for the day a thought came to my mind. “Wouldn’t it be great if we could stay for the concert”, knowing there was no chance on earth we’d get a ticket, leave alone 4. And the signs around town had said they were going to close the main square’Vrijthof’ at 6 PM that evening. This would also mean our time was limited to go for dinner.

But we took a chance and asked at the box office if there were still tickets. The answer was “No, it had been sold out for nearly a year” We had seen some restaurants though who were advertising dinner and concert arrangements. So we asked around and all we got was the same answer as  at box office.

However been raised as people who never give up, we decided to try one last restaurant. The Azie Tapaz restaurant on the Vrijthof.

Initially we got the same answer, but I don’t know what prompted the manager, since we did not tell him about the recent passing of our Dad, but he said “If you come around the back ally at about 6.15 PM, I’ll let you in via the back entrance and I’ll sort you out.

So we did as advised, and true to his word there he was at the back door and let us in. He set us first down in the restaurant and then prepared a table for us at the terrace on the Vrijthof square. At that stage I thanked him and told him how much this meant to us since we had just lost our Father, and we were there to celebrate his life and the concert would be the perfect end to those celebrations.

Not only did he go out of his way to accommodate us at the end of our fabulous dinner there was no bill either so the meal and concert were free, but we did leave some money behind anyway as a tip

That day we felt our Dad was looking out for us from heaven.

I know this is a very personal story but since it was such a wonderful experience I feel I had to share it.

One thought on “The time I nearly booked André Rieu for my Mother’s wedding.”