When you think of the cool sounds of Motown one of the first names that comes up in your mind is Marvin Gaye. He made the Soul Music sexy again. Marvin first discovered his musical talent and passion by singing in his father’s church.

Unfortunately not every one liked what he was doing, his father Marvin Gay, Sr was one of those people.

On April 1, 1984, Marvin was fatally shot by his father in their Los Angeles home. On the day of the murder, Marvin and Marvin Sr were arguing about a misplaced insurance policy document,one day short of his 45th birthday. 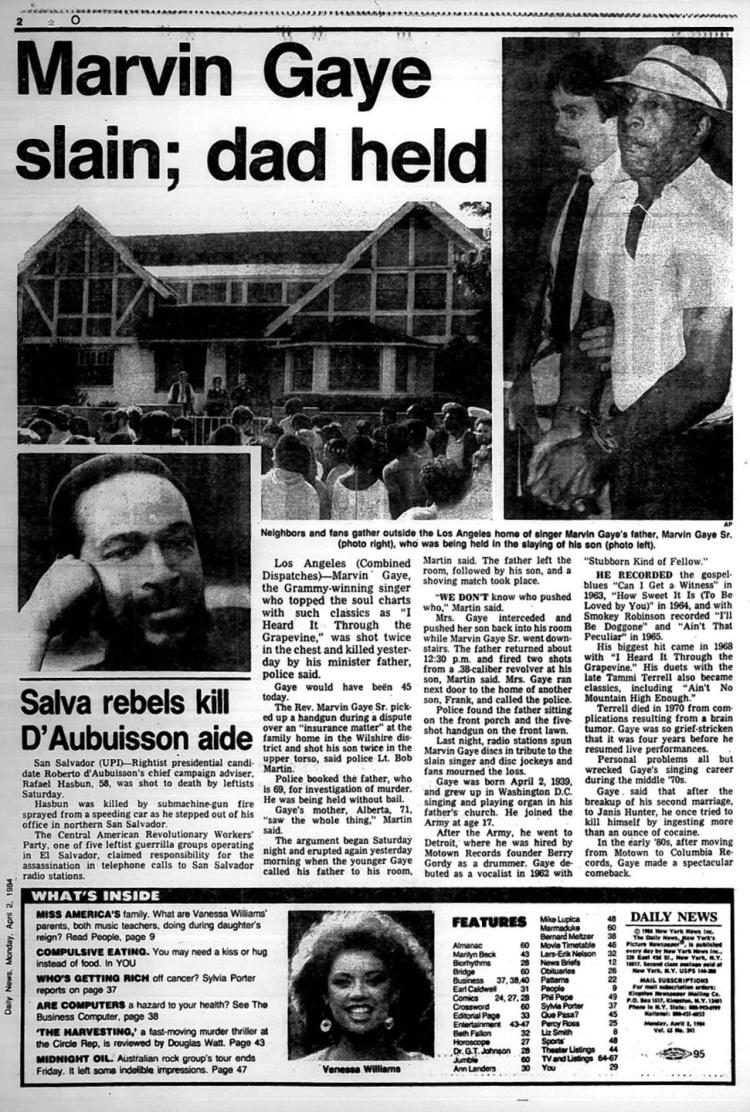 In the days prior to his death, Marvin’s parents had arguments mainly over a misplaced insurance policy letter.The day before his death, the arguments spread to Marvin’s bedroom. Angered by his father confronting his mother, Marvin commanded Marvin Sr. to leave her alone; Gay Sr. complied without incident and there was no violence that night, but Gay Sr. continued yelling throughout the house.

If the physical cause of Marvin Gaye’s death was straightforward—”Gunshot wound to chest perforating heart, lung and liver,” according to the Los Angeles County Coroner—the events that led to it were much more tangled. 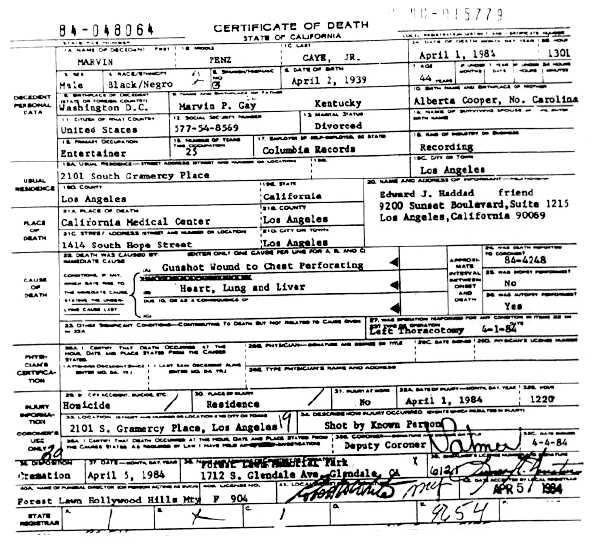 On the one hand, there was the longstanding conflict with his father dating back to childhood. Marvin Gay, Sr., (the “e” was added by his son for his stage name) was a preacher in the Hebrew Pentecostal Church and a proponent of a strict moral code he enforced brutally with his four children. He was also, by all accounts, a hard-drinking cross-dresser who personally embodied a rather complicated model of morality. By some reports, Marvin Sr. harbored significant envy over his son’s tremendous success, and Marvin Jr. clearly harbored unresolved feelings toward his abusive father.

At 12:38 p.m. on April 1, 1984, while Gaye was in his bedroom, his father Marvin Gay Sr. shot Gaye in the heart and then in his left shoulder, the latter shot taken at point-blank range. Minutes earlier, the two men had been involved in a physical altercation when Gaye intervened in a fight between his parents. The first shot proved to be fatal. Gaye was pronounced dead at 1:01 p.m.  after his body arrived at California Hospital Medical Center.

After Gaye’s funeral, his body was cremated at Forest Lawn Memorial Park at the Hollywood Hills; his ashes were later scattered into the Pacific Ocean. Initially charged with first-degree murder, Gay Sr.’s charges dropped to voluntary manslaughter following a diagnosis of a brain tumor. 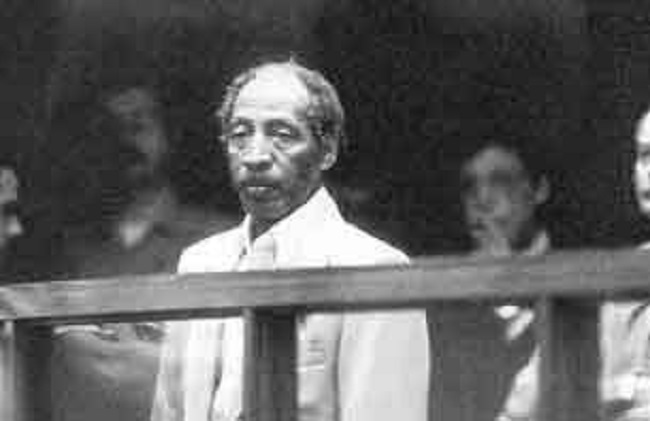 Marvin Gay Sr. was later sentenced to a suspended six-year sentence and probation. He died at a nursing home in 1998.

Amy murder case is sad but the fact this was between a Father and a son makes it even more of a tragedy.

Although Marvin Gaye died at a young age his musical legacy will last for generations to come. 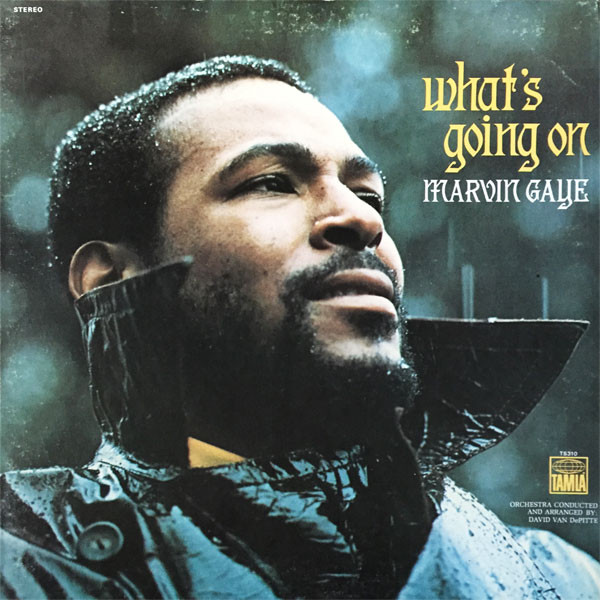