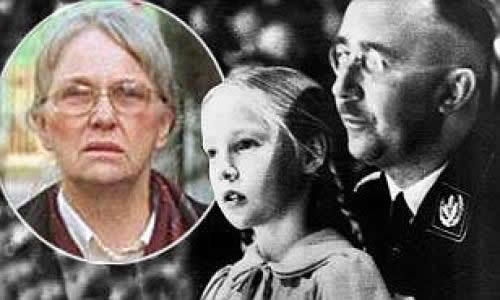 This blog is not meant to accuse or judge but merely to portray the warped ideology of the Nazi’s and the influence they still have nowadays and how indoctrinated their ideology still is in some of their descendants.

Every time I see a documentary about Hitler and his henchmen the fact doesn’t escape me that some of Hitler’s aides who are still alive are still in awe of the man even after all that is known about him and his regime and all those who were close to them.

Therefore it doesn’t surprise me that Gudrun Burwitz still holds her Father Heinrich Himmler in high esteem since it was her dad after all. However this doesn’t mean we have to accept her point of view. It is well known her Father was an evil and brutal sadistic man.