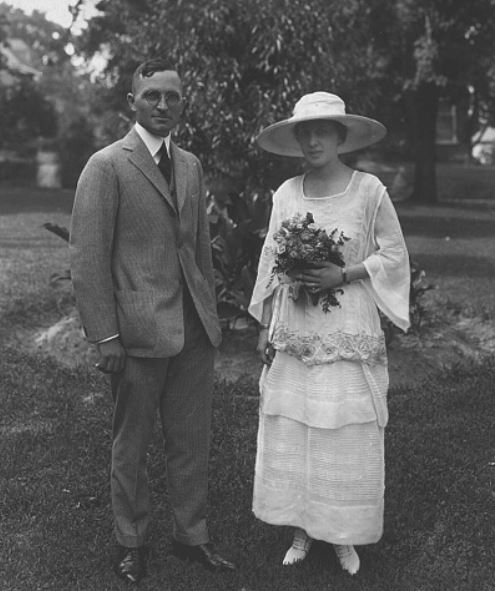 I have to admit that the title isn’t technically correct, since at the time they were not yet a President of the US and their first wives.(with the exception of President Cleveland)But if I would have called it I pronounce you husband and wife people would not think this blog would contain wedding pictures of former US Presidents and their wives, they might just think it was a blog promoting “Say yes to the dress” Yes I know it is scary I even know the title.

The President of the USA is without a doubt the most powerful office on the globe, but before they became president they were just ‘regular’ human beings who did regular things like getting married. The above picture is a wedding photograph of Harry and Bess Truman, 1919.

Jimmy and Rosalynn Carter married in 1946 before Jimmy…