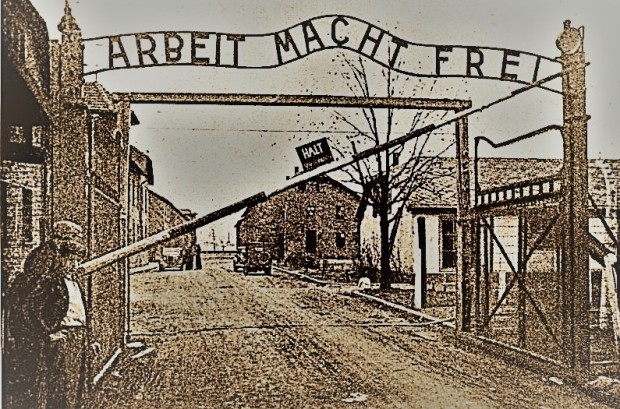 Over the last few years people have often asked me why I write so much about the Holocaust?

I could just answer by saying it is important that we remember and never forget how evil mankind can be, and that would be a correct answer. However it would not be the only one.

I have done some self analysis on this because it was even unclear to myself why I am so concerned about the Holocaust. I am not Jewish and although I have lost some family members during World War 2. most of my family survived. Having said that, the death of my grandfather did have a direct impact on me. Which I realized only in later life.

I was born more then 2 decades after the war and by then the was was more or less forgotten by my family, or so I thought. It later emerged that the war never left them.

Being a 6 ft 2 ,blue eyed, blonde man would probably have secured me a comfortable life if I had lived then.

So why so much interest in the Holocaust?

As a kid I didn’t know any Jews, well at least I believed I didn’t. As a matter of fact I knew more then I thought I did, the only reason I didn’t know I had dealt with Jewish people on a daily basis is because they were no different then me, we ate the same sandwiches, watched the same movies, wore the same clothes. I only recalled a few days ago that the first girl I had any romantic feelings for was half Jewish. It was in the 6th class of primary school I was about 12, she was a few months older. She wore a necklace with a star of David and when I asked her about it, she told me her mother was Jewish.

One day she and her family left. I never saw her again. Only now as an adult I figured out the significance of that. If this had taken place about 4 decades earlier, I would have been directly impacted by the Holocaust.

As a teenager I was like any other teenager, sometimes an angel other times a devil. This may come as a shock to some of you, but I sometimes would joke about the Holocaust,and this may appear a paradox but the jokes were not out of disrespect but as a defense mechanism to shield myself from the horror. Even nowadays when I go through dark times(and there have been plenty) I use humour as a defense mechanism. Although as a teenager this defense mechanism came with an enormous level of stupidity and ignorance. somethings I said then I still feel guilty about.

Of all the teachers I had in my life it was actually my History teacher who had the biggest impact on me. She made me realize that I was only a product of the era I was born in and how fortunate I was to have been born in a era free from war and persecution.

As I grew older I realized how lucky I really was,because the only reason why the Jews were persecuted was because the warped ideology of a significant but small group of people. If these same people who have their ideology about the Frisians for example, it would have meant I may never have been born. My Mother was born Frisian and my Father was from Limburg in the south east of the Netherlands.

So you see the reasons why I am so interested in the holocaust is not only to remember the innocent victims who were brutally murdered, but also to never forget how evil humanity can be. also coupled with a bit of guilt and the realization it could have been easily me and my family.

My pledge to all the victims and survivors I will never,ever forget. Although we are different we are also the same.