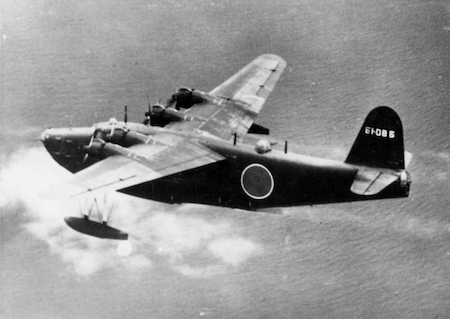 On March 4, 1942, two Kawanishi H8K “Emily” flying boats embarked on Operation K, flying the longest distance ever undertaken by a two-plane bombing mission to that point.

The planes refueled at an atoll 500 miles from Hawaii, and then launched to drop their bombs on Pearl Harbor. Due to extensive cloud cover and confusion between the two pilots, one plane dropped its bombs on an uninhabited mountainside and the other dropped its bombs in the ocean. There were no American casualties.

In a repeat of events just prior to the December 7 attack, American codebreakers warned that the Japanese were preparing for reconnaissance and disruption raids, refueling at French Frigate Shoals, and again were largely ignored by their superiors.

The planning for Operation K began in the weeks after the attack on Pearl Harbor, when the Imperial Japanese Navy high command considered how to take advantage of the…