I know this blog will probably stir some controversy and I will more then likely be criticized for it, but I hope you all will read this with an open mind, if you do you will realize the question of “Who was responsible for the Holocaust?” is a valid one.

Believe it or not but that question came into my mind when I was watching something which could not be further removed from WWII and the Holocaust.I was watching “My 600lb life”I am totally hooked to the show because I am amazed to how people get to that weight, and the answer is in each episode. Each one of these people have others who enable them. family members and/or friends to not help them lose weight or look for the causes but rather they give them the food they want, often to keep the peace.

The thought then came to me “Enablers who want to keep the peace” which could be shortened to the word appeasement.

No one in their right mind will deny that the Nazis are responsible for the Holocaust.

But they did get help from others by ignoring their actions.In 1925 Hitler already detailed his plans for the Jews in Mein Kampf, he made no secrets of it. In 1925 of course he had not become the leader of Germany as of yet, however 10 years later,on September 1935 he introduced the Nuremberg Laws. At that stage it was clear to see where Germany was going. At that stage the Nazis still could have been stopped, as they should have been because they violated Treaty of Versailles and the Treaty of Saint-Germain.

On 7 March 1936 Germany re-occupied and re-militarized the Rhineland, the world did nothing

In 1937 German troops were actively involved in the Spanish civil war, the world did nothing.

In 1938 the Germans invaded Czechoslovakia and Austria(although the Austrians were happy enough about this) the world did nothing. In fact British PM Neville Chamberlain gave Hitler his blessing. 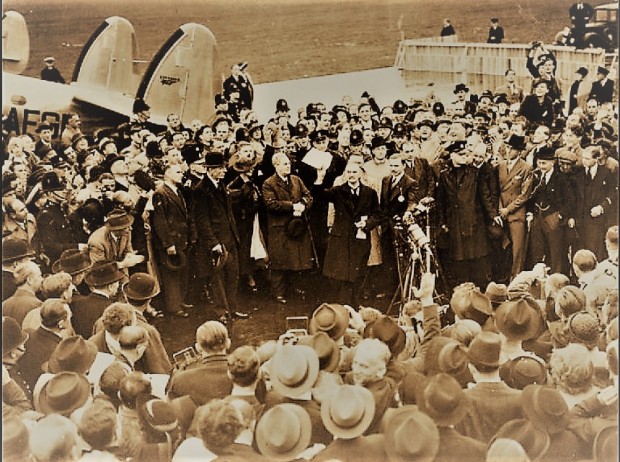 But it is unfair to single out only Neville Chamberlain, the whole League of Nations stood by ,looked on and did nothing. Even when crimes against Jews were increasing rapidly , the world did nothing.

Between 6–15 July 1938 the Évian Conference was held, at Évian-les-Bains, France, to discuss the Jewish refugee problem and the plight of the increasing numbers of Jewish refugees fleeing persecution by Nazi Germany. A great number of nations had sent delegates

Hitler said this about the conference:

“I can only hope and expect that the other world, which has such deep sympathy for these criminals [Jews], will at least be generous enough to convert this sympathy into practical aid. We, on our part, are ready to put all these criminals at the disposal of these countries, for all I care, even on luxury ships.”

The conference failed. It is said that If each nation at the Evian conference had agreed on that day to take in 17,000 Jews at once, every Jew in the Reich could have been saved.

I know that some people will say that no one could have imagined the scale of the Holocaust.But in fact they could have imagined it. there was plenty of evidence. The picture at the start of the blog was taken on August 25,1944 of the Auschwitz Birkenau camp.

On September 19, 1940, Witoldi Pilecki  deliberately went out during a Warsaw street roundup, and was caught by the Germans along with some 2,000  civilians. After two days’ detention in the Light Horse Guards Barracks, where prisoners suffered beatings with rubber batons, Pilecki was sent to Auschwitz and was assigned inmate number 4859. 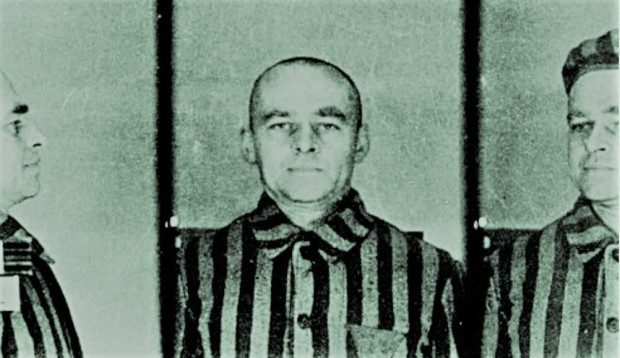 While in the camp, he organized a resistance movement and informed the Western Allies of Nazi Germany’s Auschwitz atrocities as early as 1941.

“The Mass Extermination of Jews in German Occupied Poland” was a publication  published by the Polish government-in-exile on 10 December 1942 and sent to the foreign ministers of the united nations,it was the first official document informing the Western public about the Holocaust in German-occupied Poland. 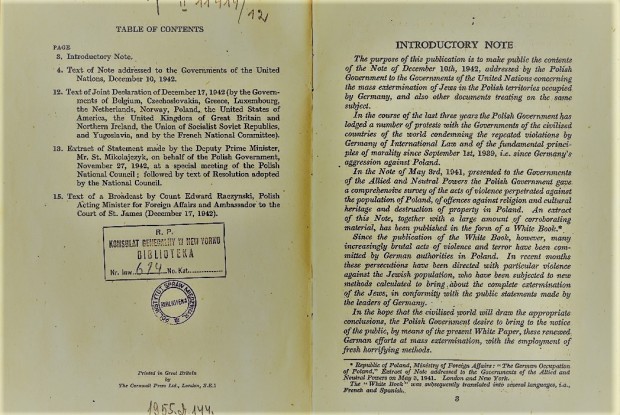 There were many other reports which were published throughout the 1930 and WWII. Even the 1936 Olympics should have been a clear sign, but it was ignored.

It is true that the Nazi regime was responsible for the deaths of millions, responsible and accountable.

However since 1925 the world was warned time and time again what was going to happen, but rather then taking actions, all they did was to tell the German leadership how bad they were, but they did not put one obstacle in the way to stop them.

The Nazi were the perpetrators but the allies government were the enablers by their inaction.