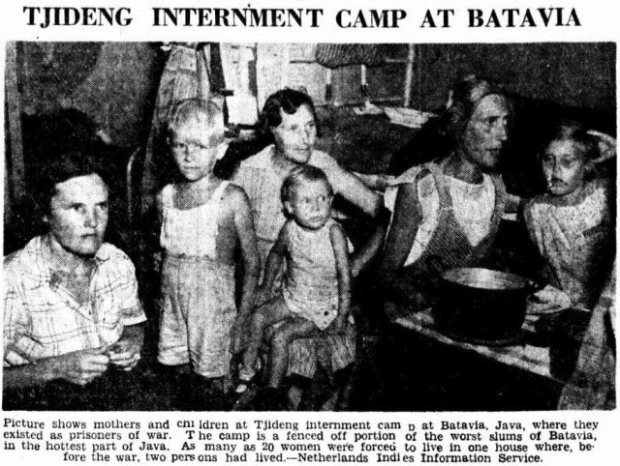 Although the Japanese may have called it an Internment camp, make no mistake about it, Tjideng was nothing other then a concentration camp.

Batavia came under Japanese control in 1942, and part of the city, called Camp Tjideng, was used for the internment of European (often Dutch) women and children. The men and older boys were transferred to other camps, many to prisoner of war camps.

Initially Tjideng was under civilian authority, and the conditions were bearable. But when the military took over, privileges (such as being allowed to cook for themselves and the opportunity for religious services) were quickly withdrawn. Food preparation was centralised and the quality and quantity of food rapidly declined. Hunger and disease struck, and because no medicines were available, the number of fatalities increased.

The area of Camp Tjideng was over time made smaller and smaller, while it was obliged to accommodate more and more prisoners. Initially…