As the saying goes “all is fair in love and war”

In the autumn of 1944, an almost twenty-nine-year old English soldier named Jim fell head-over-heels for nineteen-year-old Emelia Sluys. Emelia was staying with relatives on Groesbeekseweg in the city of Nijmegen,the Netherlands, because her home had been destroyed during the Battle of Arnhem. To his regret Emelia did not share his feelings: she also thought he was too old. 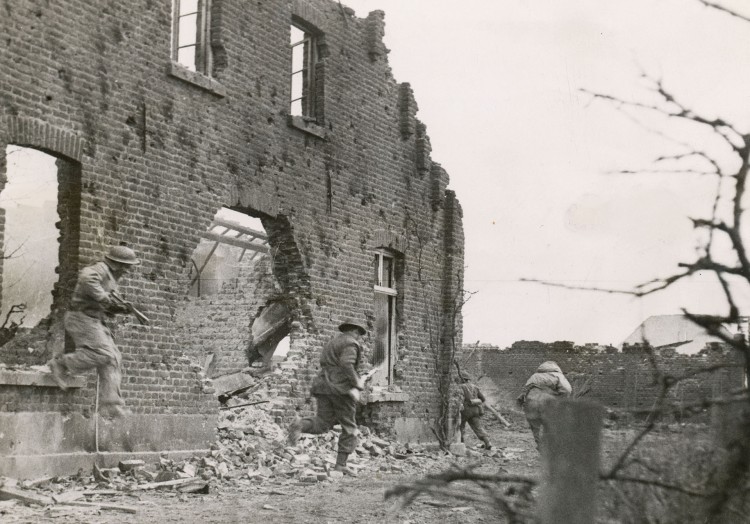 In early 1945 Jim departed from Nijmegen to take part in the Rhineland Offensive in Germany. He returned a few months later with a curious gift: he had found this silver tea set in the deserted ruins of the German city of Cleves and thought it would make a nice gift for Emelia’s mother.

But Mother Sluys wanted nothing to do with this stolen property and hid the present in a closet. She saw the residents of Cleves, a city…