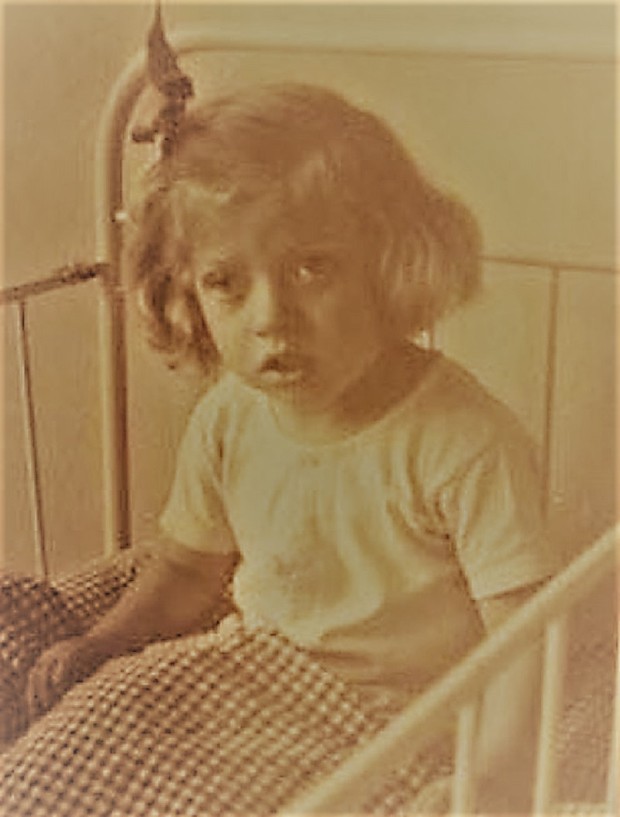 Gerda suffered from a form skeletal muscular  paralysis and was taken from her mother then transferred to a so-called “children’s specialist department of the Municipal
children’s Hospital in Stuttgart.

A specialist had come to the family home to examine Gerda. The ‘Doctor’ took the child into a separate room. Gerda’s mother was not allowed to be present during the examination.

She could hear her daughter scream in pain. When the ‘Specialist’ had finished the examination,Gerda’s mother asked”What exactly did you examine?” The woman was told to shut up and say goodbye to her daughter.Because Gerda was going to be taken to a Special clinic.

On 12 July 1943 , Gerda died in the clinic , she was not yet 4 years old.She was euthanized. Even though the T4 had officially stopped at that stage  ,it unofficially continue to the end of the war.

The Clinic’s director was Dr. Karl Lempp. He was never tried for any of his involvement. All he had to do was to follow the denazification program and git a monetary fine. He continued working as a Doctor until 1950 when he received his pension.

Research  between 2008 and 2009 conducted by  Dr. Marquart who analysed 506 extant death certificates of children who died in the children’s hospital between January 1943 and the end of April 1945, he found 52 suspicious deaths of children diagnosed with severe innate disorders – but for which no causal relation to their death can be established. One third of the children died of pneumonia, a typical result of poisoning with Luminal. The death certificate was sometimes signed with a fake name.

In 2013 a memorial stumble block was placed for Gerda Metzger in Stuttgart.