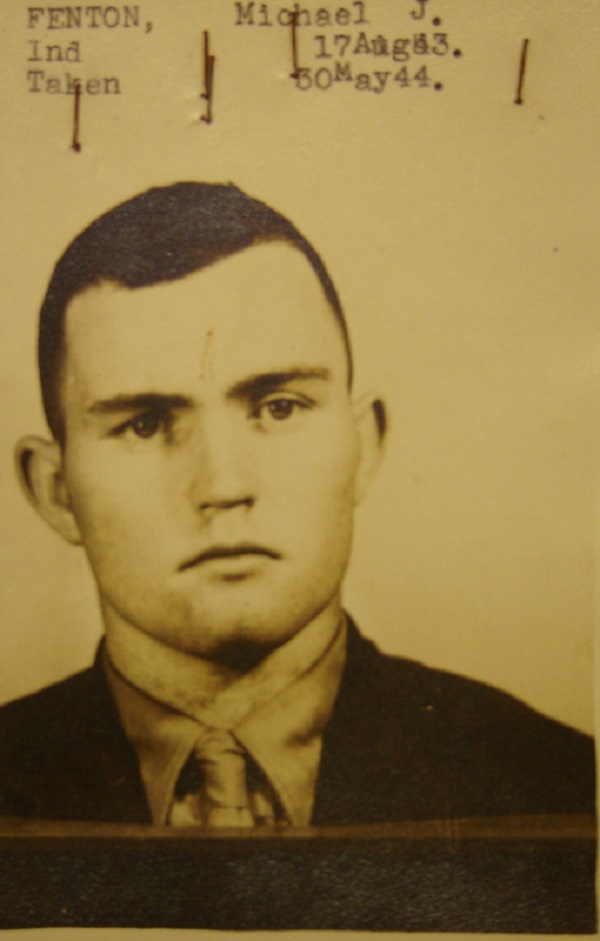 No parent should ever have to bury any of their children,unfortunately it does happen, During war time it just happens too much as was the case during WWII

While Colonel Fenton advanced to higher command, his younger son, Michael, enlisted in the Marine Corps on August 17, 1943, and joined B Company, 1st Battalion, 5th Marine Regiment, 1st Marine Division – the same division in which his father commanded the engineers. Reportedly turning down a commission so he could fight at the front, Michael served as a scout-sniper on Okinawa.

Father and son met once during the fighting when their paths crossed at a partially destroyed Okinawan farmhouse. After exchanging news from home, including information on Michael’s older brother, Francis, Jr., who had been commissioned a Marine officer in 1941, the two family members returned to their work.