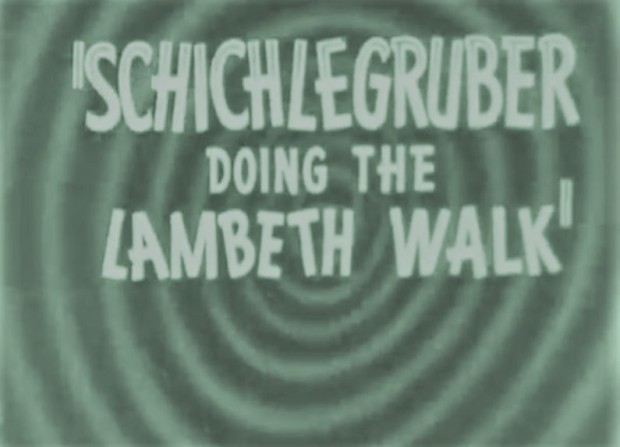 One of the most effective weapons during WWII, and indeed nearly every war, was propaganda.

Where the Nazis mostly used their propaganda to incite fear and hate, the allies and especially the Brits sometimes adopted a different approach. They’d often used humour and satire in order to ridicule the Nazis and their beloved leader Hitler.

in August 1939  Toby O’Brien, an Anglo-Irish journalist  and publicist for the British Council at the time, wrote the song  “Hitler Has Only Got One Ball” Initially it was called  “Göring has only got one ball”, referring to Göring’s groin injury he suffered during the Beer Hall Putsch, the song also implied that Hitler had two small ones. In nearly all later versions, the positions were reversed.

The song was sung to the tune of “Colonel Bogey March” unfortunately I could not find any good versions of the song, but below are  the lyrics of…