On February 25, 1941 the Dutch decided that enough was enough. No longer would they stand idly by to see their Jewish neighbours being treated they way they were.

The first 8 months of the Nazi occupation did not see that much change to the Dutch, The changes were all gradual.However there were increased tensions. The WA(Weerbaarheidsafdeling-defense section), the para  military arm of the Dutch Nazi party NSB,were actively involved  provocative and intimidating actions  in Jewish areas in Amsterdam. This resulted in one of the members of the WA, Hendtik Koot being killed by a local resistance group in Amsterdam on 11 February 1941. 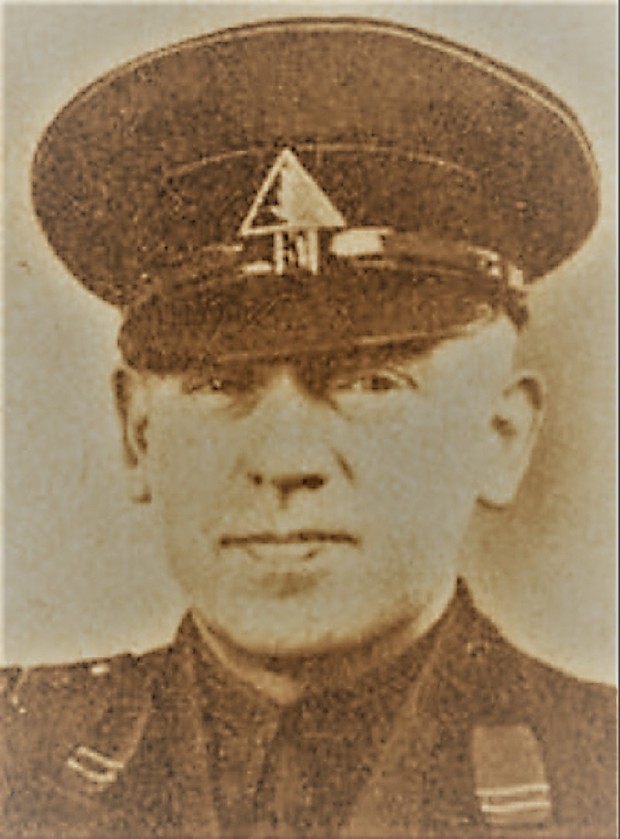 The day after on February 12,1941, German soldiers assisted by Dutch police besieged the old Jewish quarter  and blocked it off from the rest of the city by putting up barbed wire fences , opening draw bridges and erecting police checkpoints. The neighbourhood was now forbidden for non-Jews.

A week later on the 19th of February the German Grüne Polizei stormed into the Koco ice-cream salon, which was owned by Ernst Cahn and Alfred Kohn, both were Jewish refugees who had fled Germany. . A fight ensued and some ammonia gas escaped in the incident and several police officers were injured.

The head of the SS in the Netherlands,Hanns Albin Rauter. reported the incident to Heinrich Himmler on February the 20th, and indicated that the 2 men Cahn and Kohn had willfully attacked the police officers.

The death of Hendrik Koot and the incident at the ice cream salon were used as an excuse to initiate the first raids on Jews in the Netherlands on February 22 and 23,1941. 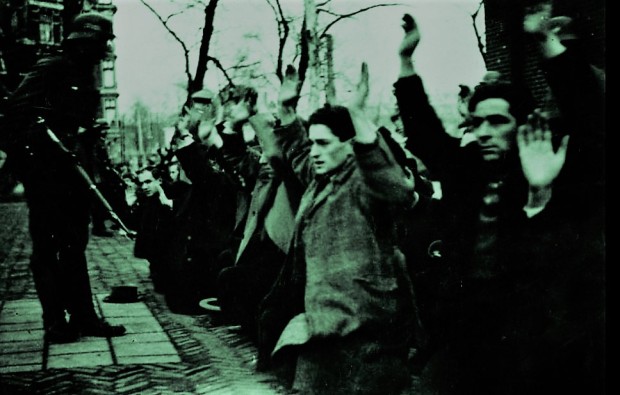 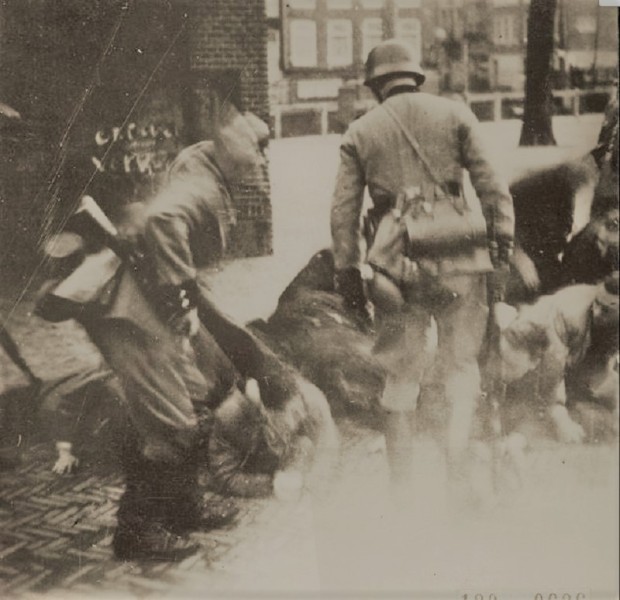 Most of then were deported eventually sent to  Mauthausen concentration camp, the majority of  them died within the year, only 2 survived.

Ernst Cahn was executed on March 3,1941 and Alfred Kohn died in Auschwitz.

Following this raid, the Communist Party of the Netherlands called  for action on 24 February, during an open-air meeting they did this at their own peril because the party had been made illegal by the Nazi occupiers. Nonetheless they organised a strike to be held on February 25 and 26, 1941 in Amsterdam as a protest against the pogrom and also the forced labour in Germany.

The Dutch population listened to the call for strike and about 300,000 workers did go on strike.

On Tuesday, February 25, tram drivers and sanitation workers started it. Followed quickly by dockworkers . Workers on bicycles rang the doorbells at homes and halted traffic in the streets, imploring drivers to join them.

Rauter ordered harsh actions against the strikers and orders SS troops to shoot, 9 people were killed. The strike initially started in Amsterdam, but the following day workers in Hilversum,Zaandam,Haarlem and Utrecht.

Additionally to the 9 people killed during the strike, another 24 were injured and on March 13,1941 , 3 of the organizers were executed. Ironically those 3 actually saved 3 minors who had members of a group of 18  of the resistance group “De Geuzen” . Because of their young age their death sentence were changed to life imprisonment.

The Nazis decided to execute ,Hermanus Coenradi, Joseph Eijl en Eduard Hellendoorn, who were 3 of the organizers of the February strike instead, together with the other 15 of De Geuzen.

The Nazi regime finally showed its real face to the Dutch.

The strike was the first and only direct action against the Nazis’ treatment of Jews in Europe.

This monument called “De Dokwerker” the Dockworker is dedicated to the struikers of the February strike. It is situated on Jonas Daniël Meijerplein, the square where most of the 427 Jewish men had been arrested.

February 25, 1941 the day when the Dutch said “Enough is enough” unfortunately despite the brave efforts and the sacrifice of those who were killed for it, it did not stop the murder of 104,000 Dutch Jews.