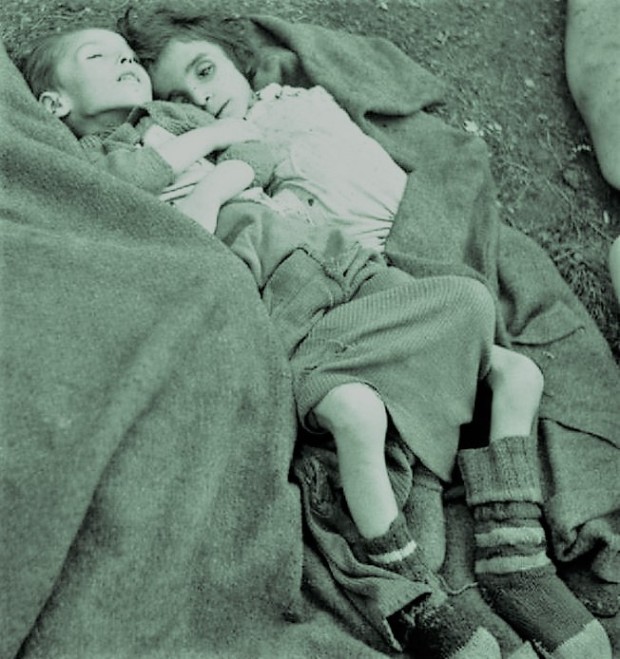 Young human beings why did you have to die?

One of you still has the eyes open but the eyes are without a spark, the life has gone out of them.

I don’t know who these children are, all I know that they died from starvation and typhus and were about to be buried. The only consolation is that they were getting a decent burial arranged by those who liberated Bergen Belsen.

The look of the dead child has touched me more then any other image I have seen before. It touches my heart. Although I don’t know them I feel a pain which is real.

The over sized socks rip my soul apart.

They only died because of the hate of those who did not deem them worthy to live.

Two young human beings who had so much to live for became a statistic. 2 of 13,000 unburied corpses.