Malvina Lowova, who was killed aged 12, drew a family being deported under armed guard while farmers armed with pitchforks threaten them

Helga Weissova. 13 years old. She tells in this drawing how the Germans forced them to reduce the bunks, with the aim of trying to make the hut appearance less narrow and then cheat the Red Cross inspection. Terezín. 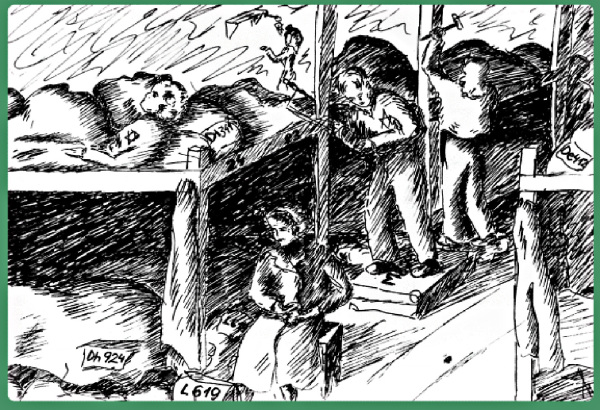 Yehuda Bacon. Being 16 years old he drew this portrait of his father recently gassed and burnt at Auschwitz. The face of his father emerges emaciated through a curtain of smoke. 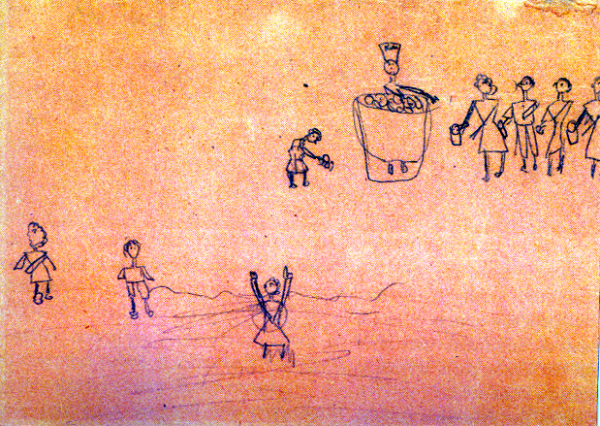 Helga Weissova. 13 years old. Drawing titled “Terezín arrival”. Helga entered in the concentration field with just 12 years old. She brought a box with paintings and a notebook. She draw more…