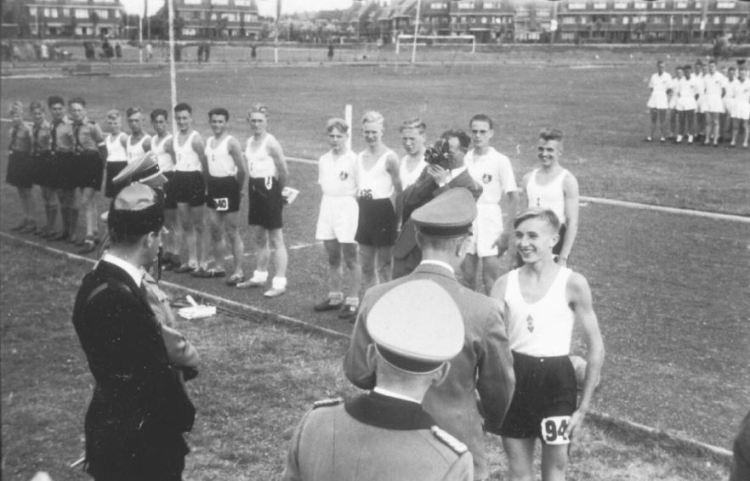 Sport was important in the Nazi ideology. Often athletes would be portrayed as warriors and many German athletes were drafted into the several branches of the Wehrmacht.

The Nazi also understood the power of sport as Propaganda and especially in a sports loving country like the Netherlands, the Nazis saw merit in promoting sports.

The poster below is advertising an evening of Sports on March 12 1941. The evening will include Cycling,Boxing,Singing and Music.Organized by the W.A. the military branch of the NSB(Dutch National Socialists)

On January  10 1942, an international youth boxing tournament was organized between the Netherlands and Germany.

Even in some of the concentration camps sports was encouraged. In camp Schoorl a hurdle match was held. Looking at the height of the hurdles it appears to me it was designed to cause harm. 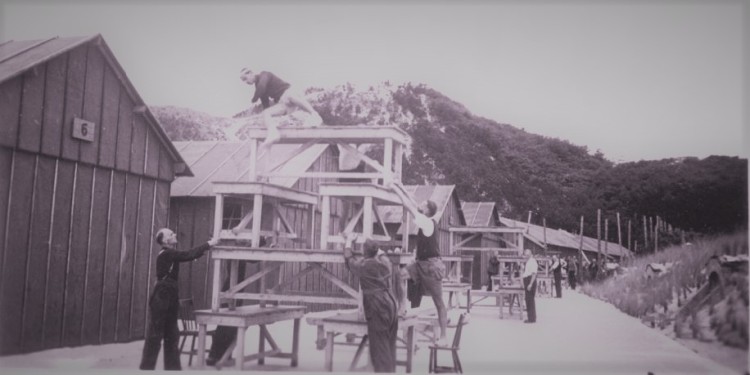