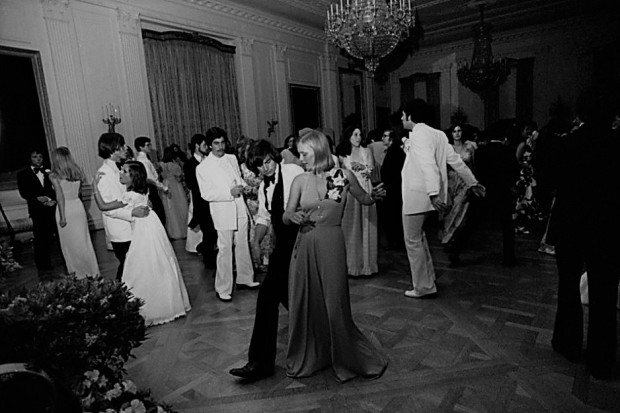 In 1975 Susan Ford, daughter of President Gerald Ford, was in her final year at Holton-Arms School.Her classmates, petitioned headmaster James Lewis to ask Susan if she could arrange for them to use the White House for the senior prom.Susan Ford asked  White House Chief Usher Rex Scouten that they be permitted to hold that year’s senior class prom at the White House.

The request was granted, however there were a few terms and conditions connected to it.