It was long believed that Ireland’s prime minister(Taoiseach) at the time, Eamon de Valera, was the only government leader to convey official condolences to Eduard Hempel, director of the German diplomatic corps in Ireland. 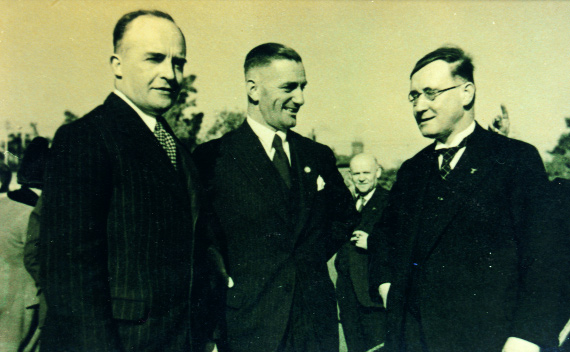 De Valera’s gesture ,unique among leaders of neutral nations in the final weeks of World War II ,was criticized worldwide.

On May 2, 1945, just two days after Hitler and his consort Eva Braun committed suicide in their Berlin bunker, De Valera, who also served as foreign minister, and his aide, Secretary of External Affairs Joseph Walshe, visited the German Embassy in Dublin to sign a book of condolences for the departed Fuhrer.