There are probably quite a few people who will have heard of David Koker,  or at least will know about the diary he wrote during his imprisonment at camp Vught, in the Netherlands.

On the night of 11 February 1943,David and his family were arrested in Amsterdam and arrested and transported to camp Vught. For this transport they actually received a train ticket, and if you see the ticket it looks like something nice was done to the Koker family. It appears to be an act of charity.

It was issued by the ‘Centre of Jewish emigration Amsterdam, and ordered by the Hauptsturmbahnführer Woerlein.

If you wouldn’t know the history you could be forgiven that the ticket was a charitable thing to do, but in fact it was the first step to the transition of systematic murder.

I won’t post anything from his diary. I leave it up to all of you to find the diary and read it yourself. However I will put down below 2 pieces he wrote. The first piece I belive is either from 1939 or early 1940. It illustrates David’s awareness of what was happening around him and in Germany.

“The finest experts of the human heart,can’t make me out.I’m quite a thing apart/ They say that from them I perhaps should quit. “You sir, don’t fit our system one small bit””

On 2 June 1944, while the family was being transported to Auschwitz-Birkenau, David managed to throw a letter from the train. Below is an excerpt of that note.

“Dear friends, we are close to the border now. It is very disappointing, but we were prepared for it and remain hopeful. I think a lot about you. (…) I’ve got all your letters and photos with me. My dearest possessions. When will we see each other again? That will take a long time. But we shall survive. (…) Lots of love guys, thanks for everything. Goodbye.”

Auschwitz Birkenau would not be the final destination for David.On February 23 1945 he died in Gross-Rosen concentration camp. He was aged 23. David’s mother and brother Max survived the war.

Ending the blog with a picture taken in 1930 in Amsterdam of the Koker family.. 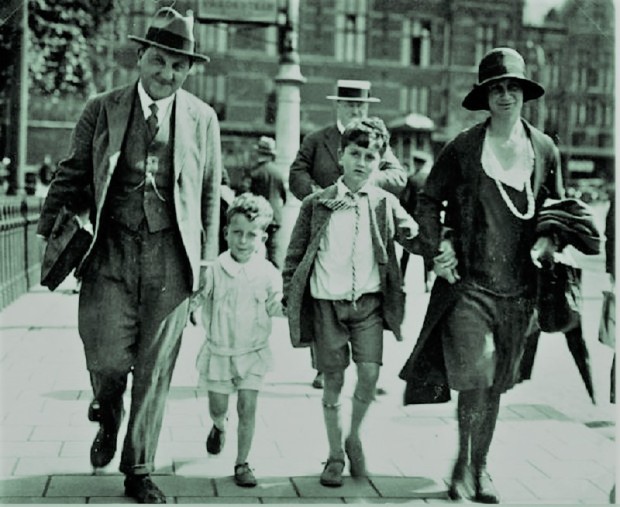