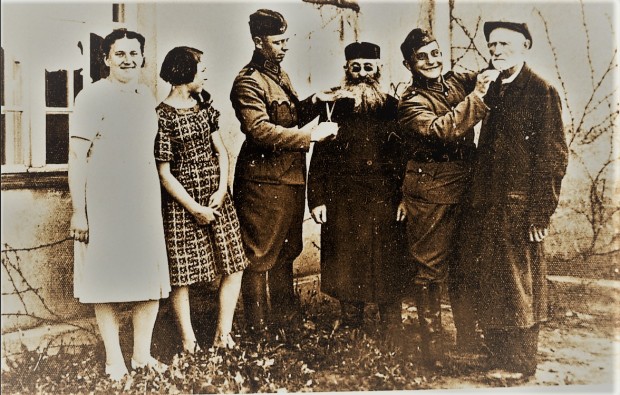 Even nowadays there are those who think that the army of the third reich were formidable, and even call them heroes.

This is how ‘formidable’ these Third rich “heroes” really were. Often their enemies were old defenseless,unarmed men like the 2 Jewish men in the picture above being humiliated by 2 Wehrmacht soldiers, showing off their “fighting” skills to their girl friends. Or the picture below where a group of Nazi soldiers surround a defenseless, unarmed lonely Roma woman. 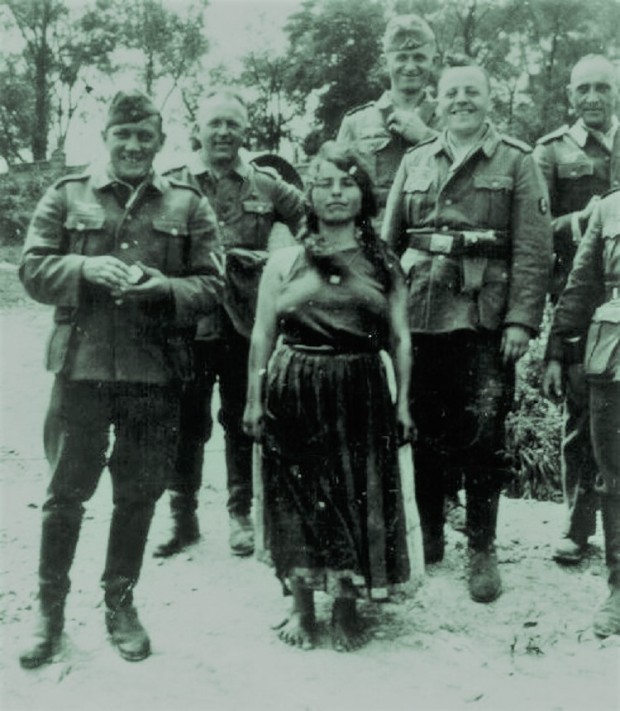 Or humiliating a ‘fierce’ enemy by cutting of his beard. If they really were so keen on cutting beard why didn’t they just become barbers? 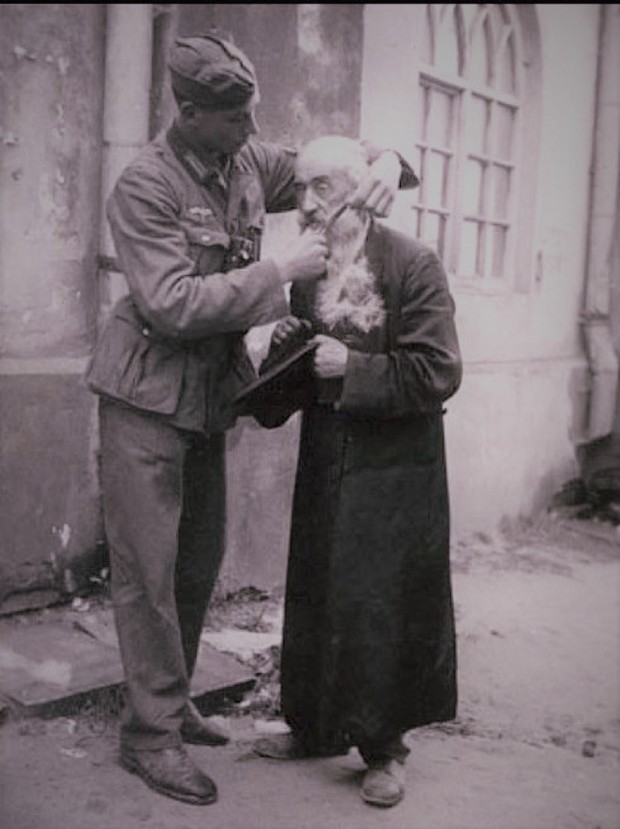 Intimidating  a man who has no weapons or anything else that might pose a threat, unless they thought a dirty face could cause them harm, one man surrounded and bullied by many armed men,

I hope you can understand the sarcasm I used, it is really…