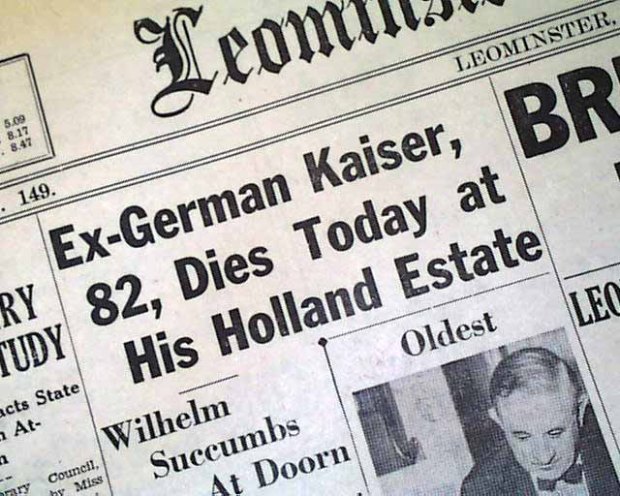 A historical fact that is often forgotten is that the last German emperor did not die in Germany but in the Netherlands. In the town of Doorn on 4 June 1941, at the age of 82. The Nazis had already taken control of the Netherlands for more then a year at that stage.

Wilhelm II lived in Exile in Doorn since 1920.

He had grown to distrust Hitler. Hearing of the murder of the wife of former Chancellor Schleicher, he said “We have ceased to live under the rule of law and everyone must be prepared for the possibility that the Nazis will push their way in and put them up against the wall!”

Der Kaiser  once entertained Hermann Göring in his home in Doorn, and sent Hitler a congratulatory telegram  Germany invaded  France. But the Führer refused to entertain the idea of a return for the monarch who he thought…