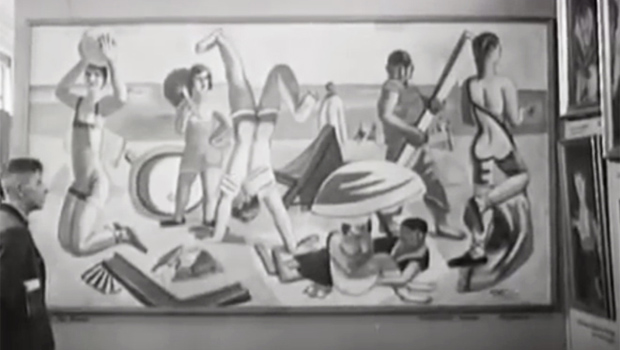 Degenerate art was a term adopted by the Nazi regime in Germany to describe Modern art. Such art was banned on the grounds that it was un-German, Jewish, or Communist in nature, and those identified as degenerate artists were subjected to sanctions. These included being dismissed from teaching positions, being forbidden to exhibit or to sell their art, and in some cases being forbidden to produce art.

Of course this also highlighted the stupidity of the Nazi ideology because some of these pieces of art were priceless. The only real degenerate artist was Adolf Hitler himself.

The painting at the top of this blog is ‘The Beach’ by Max Beckmann .Below are some further examples of…