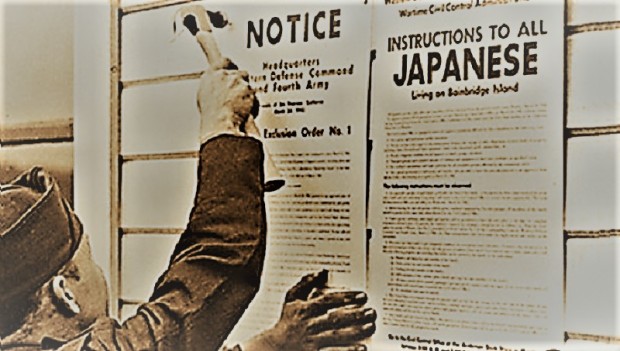 I am not saying I agree with Executive Order 9066, in fact I strongly disagree with it. It was a breach of basic human rights.However it is also very easy for people nowadays to judge about things retrospectively and for people who never found themselves in the unprecedented times like WWII.

Executive Order 9066 was a US presidential executive order signed and issued during World War II by United States President Franklin D. Roosevelt on February 19, 1942,less then 2 months after the Pearl Harbor attacks which dragged the US into WWII.

The order authorized the Secretary of War to prescribe certain areas as military zones, clearing the way for the incarceration of Japanese Americans, German Americans, and Italian Americans in U.S. internment camps.

Over the years the US has received a lot of negative commentary about these camps, but they were not the only countries to have internment camps…