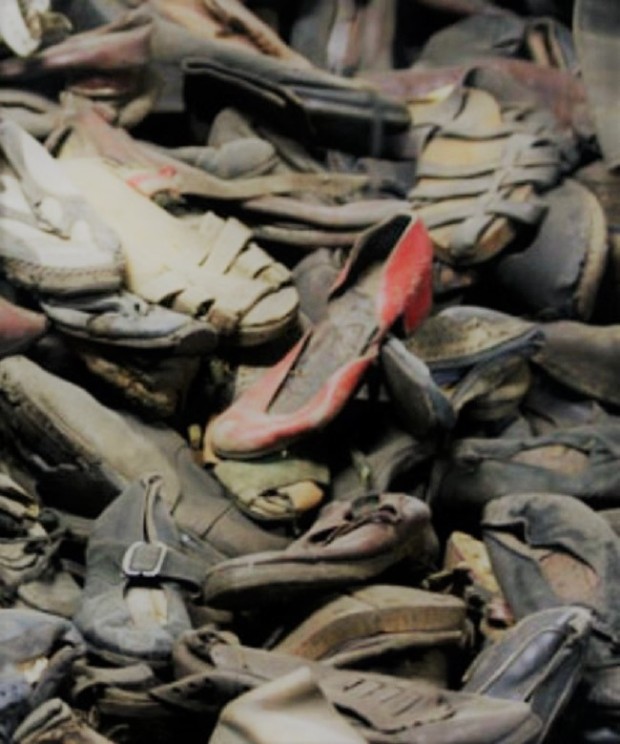 One red shoe, I don’t know who this shoe belongs to. I don’t know her name,her age,her weight,her size,nor do I know the colour of her hair.

One red shoe, its significance should not be underestimated for it is only one, just half of the pair it used to be, a sign of a life disrupted.

One red shoe. she who owned it might still be alive but she is probably dead. The minute she arrived in Auschwitz ,someone else decided for her if she would die by gas or if she would be worked to death.

One red shoe. her shoes and her clothes were no longer hers. Even her name was taken from her, Her only identification was a number, tattooed on her arm. Unless she was send to the ‘showers’ after arrival, because then even that number and tattoo wouldn’t matter.

One red shoe, just one of…