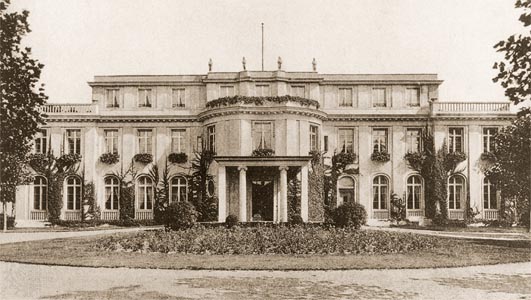 On January 20, 1942, 15 high-ranking Nazi Party and German government officials gathered at a villa in the Berlin suburb of Wannsee to discuss and coordinate the implementation of what they called the “Final Solution of the Jewish Question.”

Aside from the fact that they were deciding how best to eradicate the Jews,what maybe even more disturbing is the “business as usual” approach they adopted for this. The whole conference was set up as a corporate event. 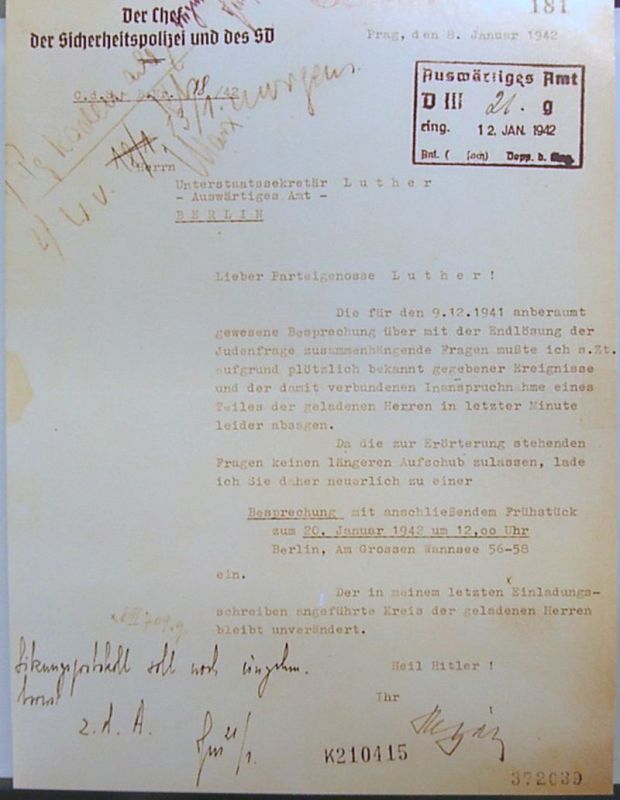 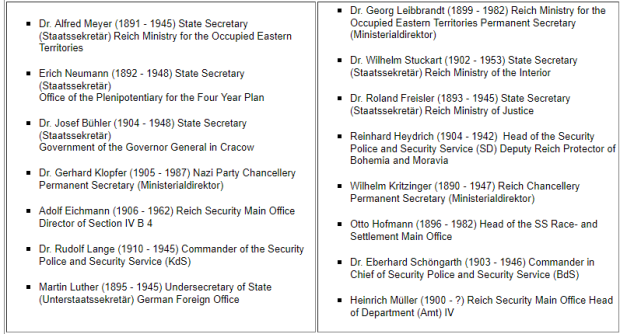 The Minutes of the meeting

At the beginning of the discussion Chief of the Security Police and of the SD, SS-Obergruppenführer Heydrich, reported that the Reich Marshal had appointed him delegate for the preparations for the final solution of the Jewish question in Europe and pointed out that this discussion had been called for the purpose of clarifying fundamental questions. The wish of the Reich Marshal to have a draft sent…