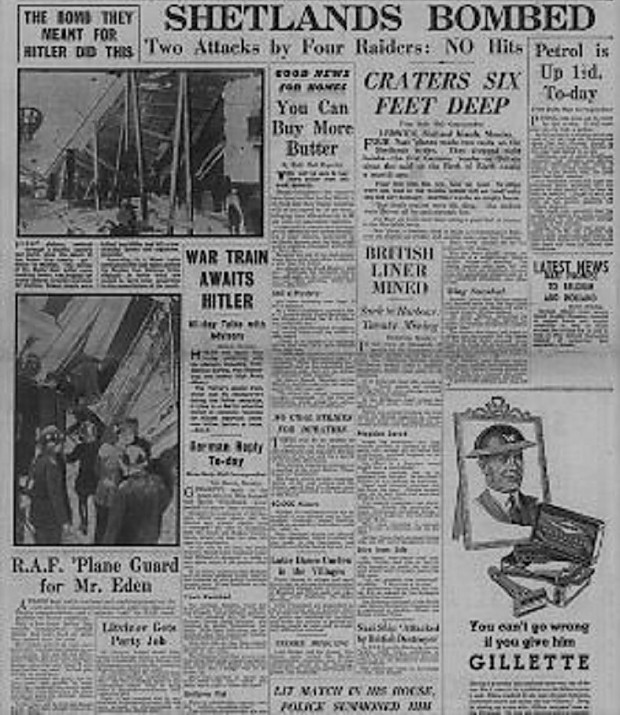 The first Luftwaffe bombing on British soil took place on November 13,1939 northeast of the mainland of Scotland. at Sullom, Northmavine, Shetland . Of the 8 bombs which were dropped only 4 were dropped on land, the other 4 landed in sea.

” I was going to school and I had two miles to walk. I was on top of a hill at a place called Bobby Ratter Loch, when this black pencil like aircraft came from behind me. I could see the people in the aircraft, it was that low. I later found out it was a Dornier 17. 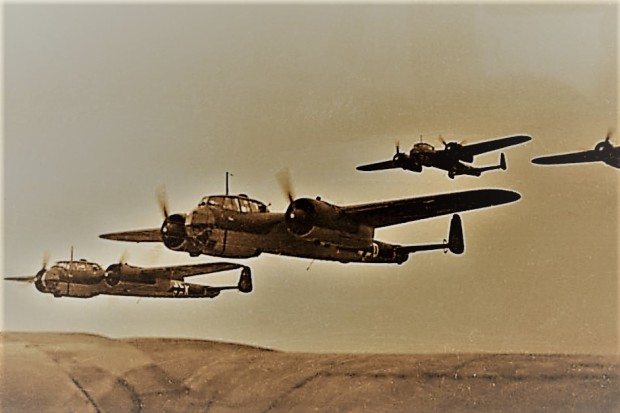 As it passed over the guns started firing from Sullum Voe, the shells were dropping in the sea and exploding in the air. I took fright, ran down the hill to see my friends and told them that I…