It could be argued that the Indian reservations in the US were also concentration camps.

But of course the sort of camps which were established just before and during WWII were of a complete different level,than the South African camps and Native American reservations.

It seems that history has also forgotten about the concentration camps built by the Fascist regime of Italy. Although Il Duce, Mussolini is often seen as a farcical figure, he was nevertheless a very evil man following a very disturbed philosophy. 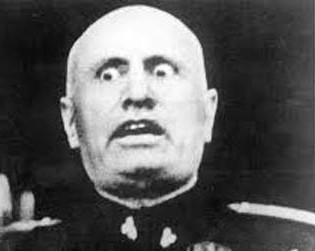 Italy is often portrayed as having been a somewhat benign fascist power during World War II, a reluctant partner of the Nazi regime. The wartime Italian Army is remembered as hapless and inefficient compared to…