Although designed and built for commercial transatlantic passenger, air freight, and mail service, at the behest of the Reich Ministry for Public Enlightenment and Propaganda , Hindenburg was first pressed into use by the Air Ministry as a vehicle for the delivery of Nazi propaganda 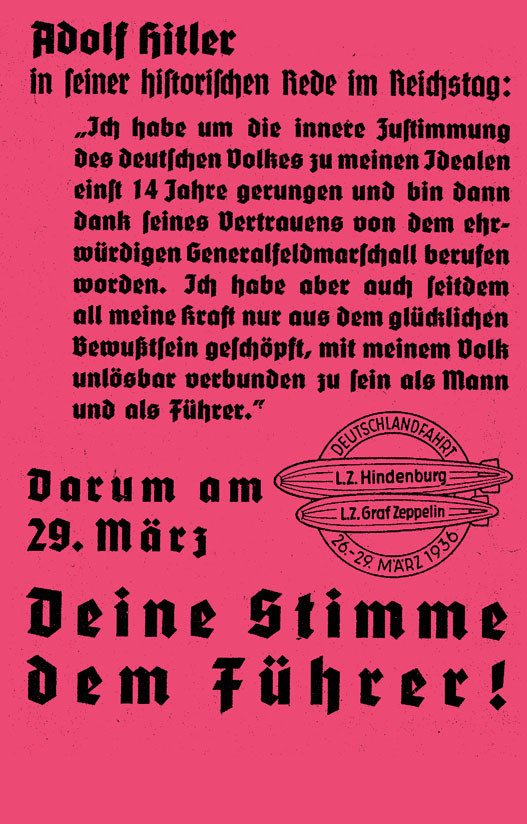 And in the 1930’s it must have been an awesome sight,indeed it still would be quite a site in the skies nowadays. Below is just an indication how big the Hindenbirg was compared to a boeing 747

Hindenburg made appearances at public events such as the 1936 Berlin Games and the Nuremberg Party rally, and Hindenburg’s first major flight, after test flights were completed, was a 74-hour propaganda flight in support of Hitler’s remilitarization of the Rhineland. 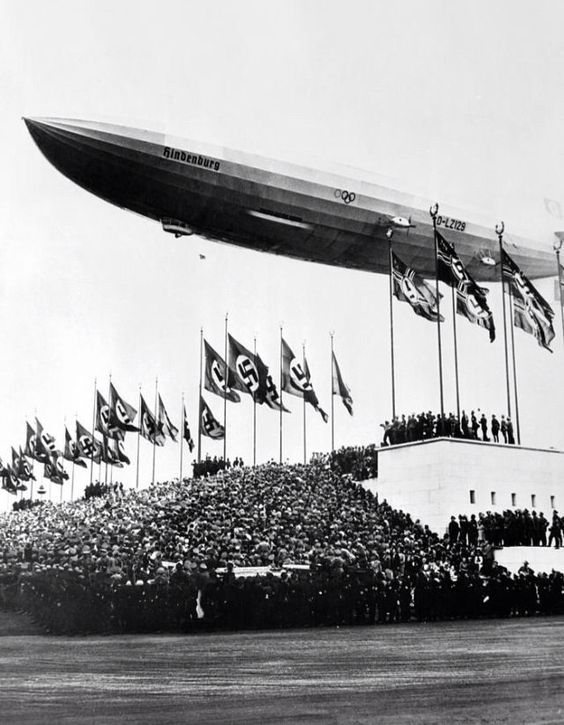