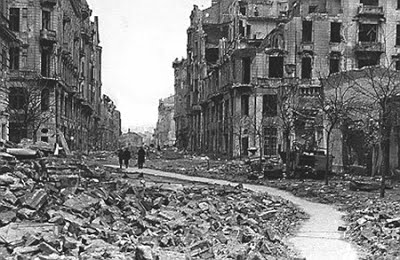 The effects of  WWII were felt for years and even decades after the war ended. It can even be argued that the effects can even be noticed nowadays.

Below are some pictures of the Aftermath of WWII in Europe.

A German soldier returns home to Frankfurt am Main after the end of the War, 1946. 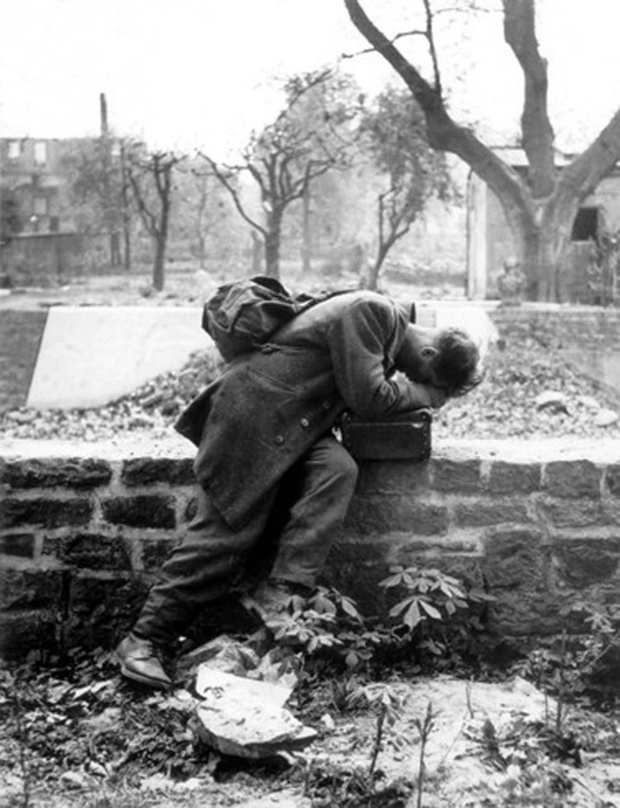 The photo of a German prisoner of war returning to his home town of Frankfurt to discover his house bombed and his family no longer there. 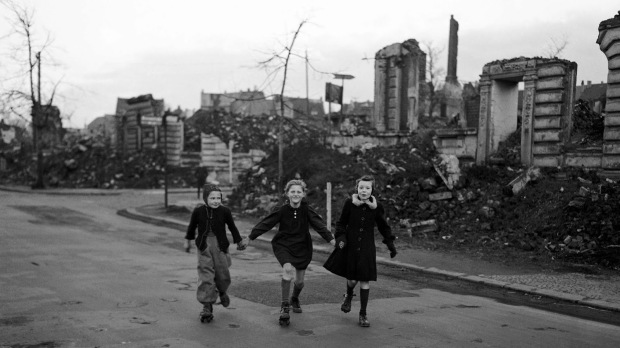 Three German girls skate home from school past blocks of houses destroyed by Allied air raids in Essen, Germany, Feb. 14, 1949. These kids can’t remember a time when their city didn’t look like that, because they weren’t old enough or even born when the city was still standing…