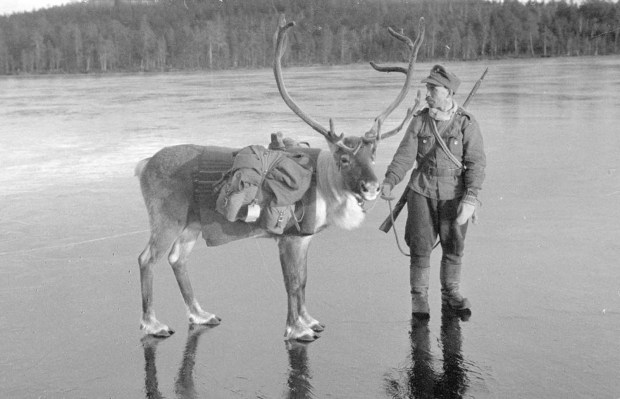 Like most other war WWII was not only fought by humans, animals also took part in the war. It was in a variety of roles how animals partook in the war efforts,sometimes for transport ,like the picture above of a soldier with a pack Reindeer, on slippery ice, near the tiny village of Nautsi, in northern Lapland, Finland, on October 26, 1941.

Other times as mascottes or just as pets, and occasionally as combatants and even served as food. Just like their human counterparts they also became victims.

Below are some examples of the animal of WWII. 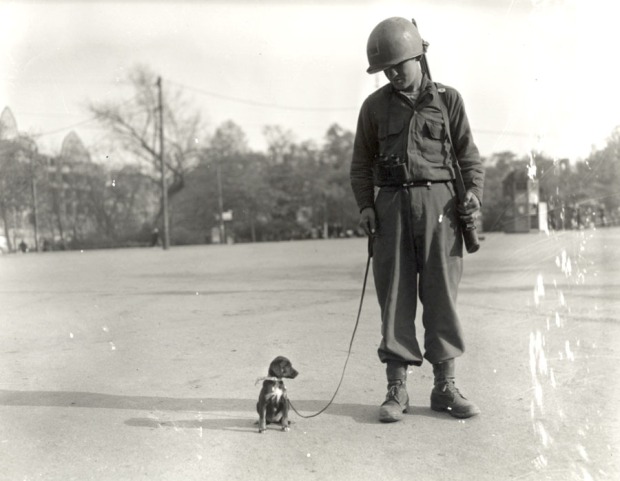 Marine Cpl. Edward Burckhardt found this kitten at the base of Mount Suribachi, Iwo Jima, the scene of some of the most brutal fighting of the war. February 1945. 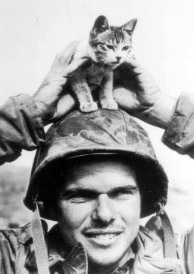